A short history of AusIMM periodicals

Group photo of Australasian Institute of Mining Engineers at the first meeting in Adelaide, 1893.

AusIMM has had a proud history of publishing periodicals, in addition to Monographs, serving the members and the mining industry from its inauguration in 1893 at Adelaide as the Australasian Institute of Mining Engineers (AIME) (this was changed to the present name in 1919).

The discipline of mining engineering at that time covered geology, mining and primary metallurgy, and many members had experience in all these fields.

Technical papers from the first meeting in Adelaide were published in the initial 1894 Transactions, which also included news and a membership list featuring many of the leading lights of large company mining in Australia and New Zealand. In 1897, the news and information from meetings of the AIME were published in the new Proceedings during the year, with the initial versions of technical papers included as a removable insert. Papers from meetings during the year were subsequently published in mainly annual editions of the Transactions, including discussions from members.

Papers from the major mining fields of Broken Hill, Kalgoorlie, Mount Morgan, Otago and Waihi, and many smaller fields, covered diverse subjects such as brown coal, the action of cyanide on gold and other metals, causes of climatic geological and geographical changes, hydraulic sluicing, tellurium in ores, quartz reefs, various systems of stoping and timbering, and a monograph-sized geology of Kalgoorlie. There were annual meetings at various capital cities and mining centres with descriptions in the Proceedings of the mining and processing operations in the vicinity, and accounts of excursions to some of these. 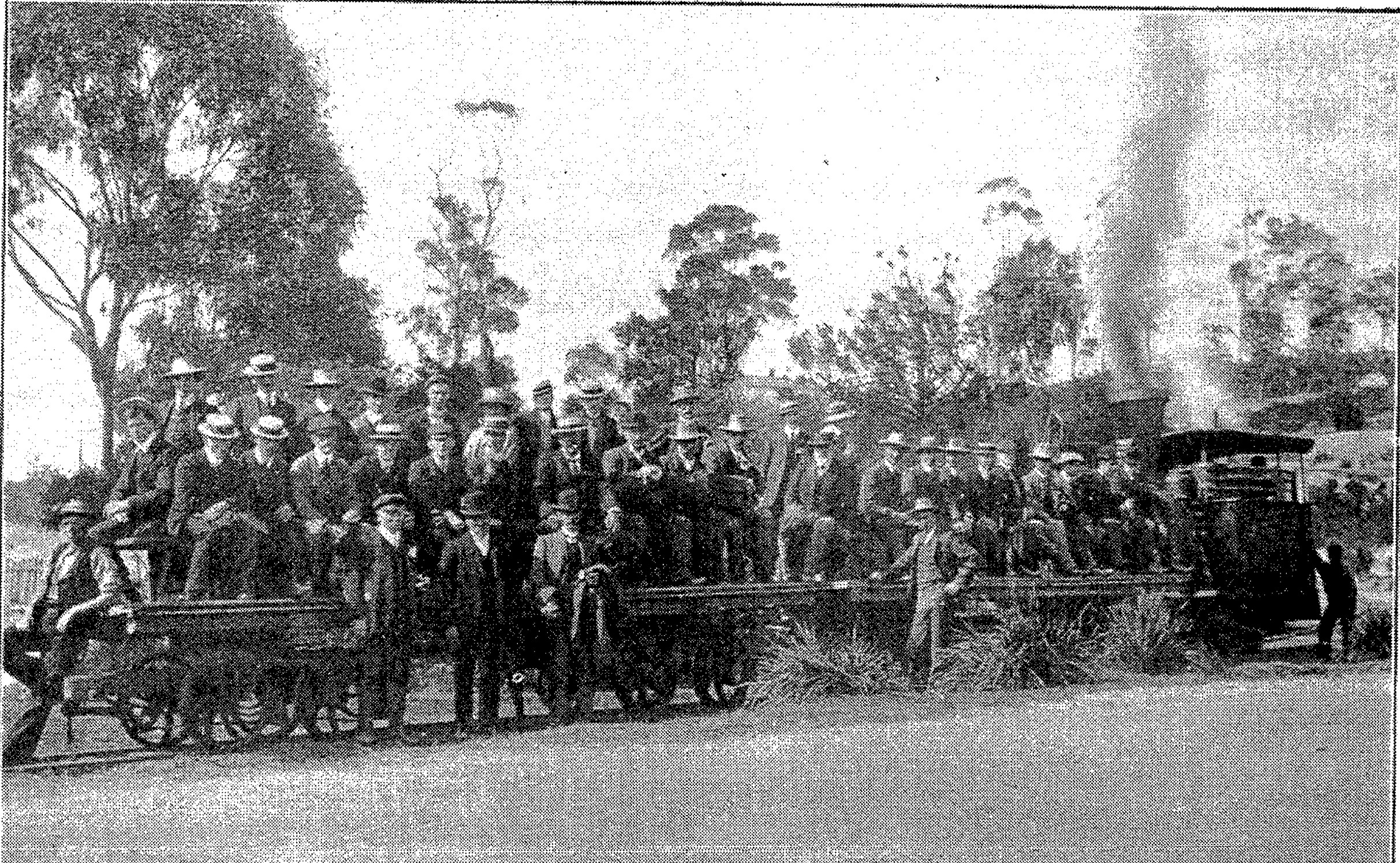 AIME members on an excursion to the Tasmania gold mine, Beaconsfield during the meeting in Launceston, 1907.

Parallel publishing of papers in the Proceedings and the Transactions continued until 1912, when the Transactions were discontinued, and a new series of the Proceedings commenced. World War I led to many AIME members not required to continue to work in the mining industry enlisting in the armed forces and were stationed in Europe and the Middle East. Each edition of the Proceedings carried new enlistments and tragically the deaths of serving members, though little at the time of the exploits of the tunnellers who worked in the mines under enemy lines, many of whom were led by AIME members. Oliver Woodward wrote a paper on this work in 1920.

The Proceedings continued as the single periodical issued quarterly by the AusIMM with details of meetings, new members, member lists, and technical papers until 1939, when all contents except the technical papers were issued in the new AusIMM Bulletin. As AusIMM membership increased, the membership lists with postal addresses were published as separate volumes from around 1950. Reporting in the Bulletin of changes of address of members continued up until the 1990s and this provided a useful reference for friends and colleagues but was ultimately dropped with the advent of privacy legislation. The last membership list was published in 1995.

The technical papers published in the Proceedings were largely those presented at the annual meeting of the AusIMM. From the 1960s the AusIMM, generally through the Branches, arranged conferences on specific subjects and the technical papers were published in their own volumes separate to the Proceedings. More general papers were published in the annual conference volumes. Another outlet for publishing was the increasing number of Monographs. The Proceedings increasingly became a venue for academic papers and the Bulletin a venue for shorter, general interest articles. From 1983 there was a change to a single AusIMM periodical, with the Bulletin incorporating the Proceedings. This change was reversed in 1990 and continued until 2002, after which largely academic papers were published in separate geology, mining and metallurgy volumes by the Institute of Materials, Minerals and Mining in the United Kingdom in conjunction with the AusIMM. These Transactions Journals are still published regularly, and are available to members here. The AusIMM Bulletin continues to be published in a digital format since 2020, with eight digital issues sent to members annually.

The AusIMM has had a strong history of publishing a variety of periodicals since its formation in 1893, and continues to provide an essential service to its members through access to these publications.

A large number of historical papers dating back to 1893 are available freely to AusIMM members through the Digital Library, which features 16,500+ AusIMM conference proceedings, technical papers and publications, as well as 250+ video recordings of AusIMM conferences and webinars.