Atlas of Australian Mine Waste to help realise mineral wealth

At the recent IMPC Congress 2022, co-hosted by AusIMM, Geoscience Australia’s National Mine Waste Assessment Project Leader, Jane Thorne (pictured), revealed how the new Atlas of Australian Mine Waste – a world-first – will help to find the critical minerals we need for a decarbonised world. 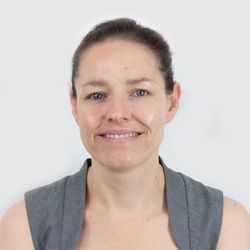 Q: Tell us about this new atlas?

Jane Thorne: The Atlas of Australian Mine Waste is a digital map which shows where our mine waste sites are in every state and territory, and allows users to find out a wide range of mineral information and data relevant to each. The first version launches at the end of 2022 and will be a visual presentation of an ever-growing database of mine waste knowledge, part of our national Exploring For The Future program.

Q: What are the key benefits?

Jane Thorne: This atlas allows users to locate and study mine waste sites and the minerals they hold, which could then be re-worked to realise mineral wealth without having to dig new mines. It’s a faster and more efficient and cost-effective way to recover minerals, especially those deemed by Australia and other countries to be ‘critical minerals’, such as lithium, cobalt, graphite and rare earth elements (REEs).

Q: Why are critical minerals so critical?

Jane Thorne: Critical minerals are crucial for batteries, smart phones, electric cars and all the new modern technology we need for a cleaner and more sustainable environment. Many are minerals that we haven’t traditionally mined and processed before so there’s a good possibility they are lying discarded in mine waste sites.

Q: Who decides if a mineral is ‘critical’ or not?

Jane Thorne: In Australia’s case, the Australian Government’s Department of Industry, Science and Resources has a ‘critical minerals’ list in its updated Critical Minerals Strategy.. Other countries have their own lists but there’s a lot of crossover between them because a lot of the same critical minerals are seen as crucial globally, as the world transitions to clean energy. For example, lithium and REEs are on the lists of the US, EU, Japan and India, including ours.

Q: What level of detail can users of the atlas expect?

Jane Thorne: Users will be able to see satellite images of mine waste sites and can select a site where they can get information about waste types (for example, tailings dams, waste dumps and slag), how the waste is stored (for example, on the surface, backfill or in the pit) and if it is in use or not.

Q: Is the available information going to increase over time?

Jane Thorne: We’re also looking to discover the origin of each site’s waste – for example, what deposit it came from and what companies operated there. The atlas will constantly expand the geological information about the mine waste itself, as we sample more sites.

Because waste has been processed it’s probably in a different state to when it came out of the ground, so we need to understand the mineralogy of that waste. Is it the same as when it came out of the ground or has it been changed through processing? Eventually we will get to a stage when we can use all this combined knowledge to run economic modelling of mine waste sites.

Q: How are you getting this information?

Jane Thorne: With our two university partners, The University of Queensland (UQ) and RMIT University, we are undertaking a national sampling campaign, which we call ‘secondary prospectivity studies’. We are taking samples from sites in every state and territory. As we get it, this data is added to our database and becomes visible on the atlas.

Q: So this isn’t a solo Geoscience Australia project?

Jane Thorne: No. As well as teaming up with RMIT and UQ, we also partnered with the Geological Surveys of Queensland and New South Wales to develop the atlas. We’re still working closely with all our partners.

Q: Has there been a mine waste atlas before in Australia?

Jane Thorne: No there hasn’t. My understanding is that that there are a few academic groups that have compiled data and we have partnered with some of those academics to help us with some of that. Geoscience Australia and government geological surveys haven’t really collated data on our mine waste sites. As geoscientists we have an idea of where it is but we haven’t populated a database before to give us accurate information.

Q: Have other countries produced such atlases?

Jane Thorne: It’s my understanding that Australia is one of the first countries to get this up and running. Our partners in the Critical Minerals Mapping Initiative, the United States Geological Survey and the Geological Survey of Canada, are also interested in the potential for critical minerals in their mine waste and are developing their own understanding and databases.

Q: You mentioned earlier that some mine waste sites are currently being reprocessed. Do you have any examples?

Jane Thorne: There are several sites that are successfully reprocessing. A good example is New Century Resources, a company reprocessing tailings at the (zinc) Century Mine, north of Mt Isa, Queensland. I believe three independent metallurgical studies have been completed on the Century tailings deposit and the company plans to put the waste back into the original pit.

[Editor: The New Century Resources website says the three independent metallurgical studies demonstrate that “the tailings may be reprocessed through the existing plant on site with minor modifications to achieve recovery of >60% of remaining zinc mineralisation into a saleable ~52% zinc concentrate”.]

Q: Will the atlas have a social, collaborative aspect? Will it allow users to contribute to it?

Jane Thorne: Yes, absolutely. We really welcome mining companies, mine-waste management operations, researchers and others to contact us. We would like to have more mine sites that our researchers can go to and sample; obviously we need permission for that. Interested parties can get in touch with us via the Exploring For The Future website.

Jane Thorne: Once launched it will sit in the Geoscience Australia data portal (https://portal.ga.gov.au/).

Jane Thorne was a presenter at IMPC Asia Pacific Conference 2022, held in Melbourne in August 2022.