Book review: Australian Mineral Discoverers – Personal stories of 65 geoscientists in their search for the pot of gold

Published by the Royal Society of Tasmania

It was sometimes said that the majority of exploration geologists were unsuccessful at their work, as over their careers they failed to discover economic mineralisation.

Whilst this was never true – teamwork and contributions to the science all help in the discovery of orebodies – there are some amongst us who truly have been successful and have discovered, or led the discovery of, an orebody or two. 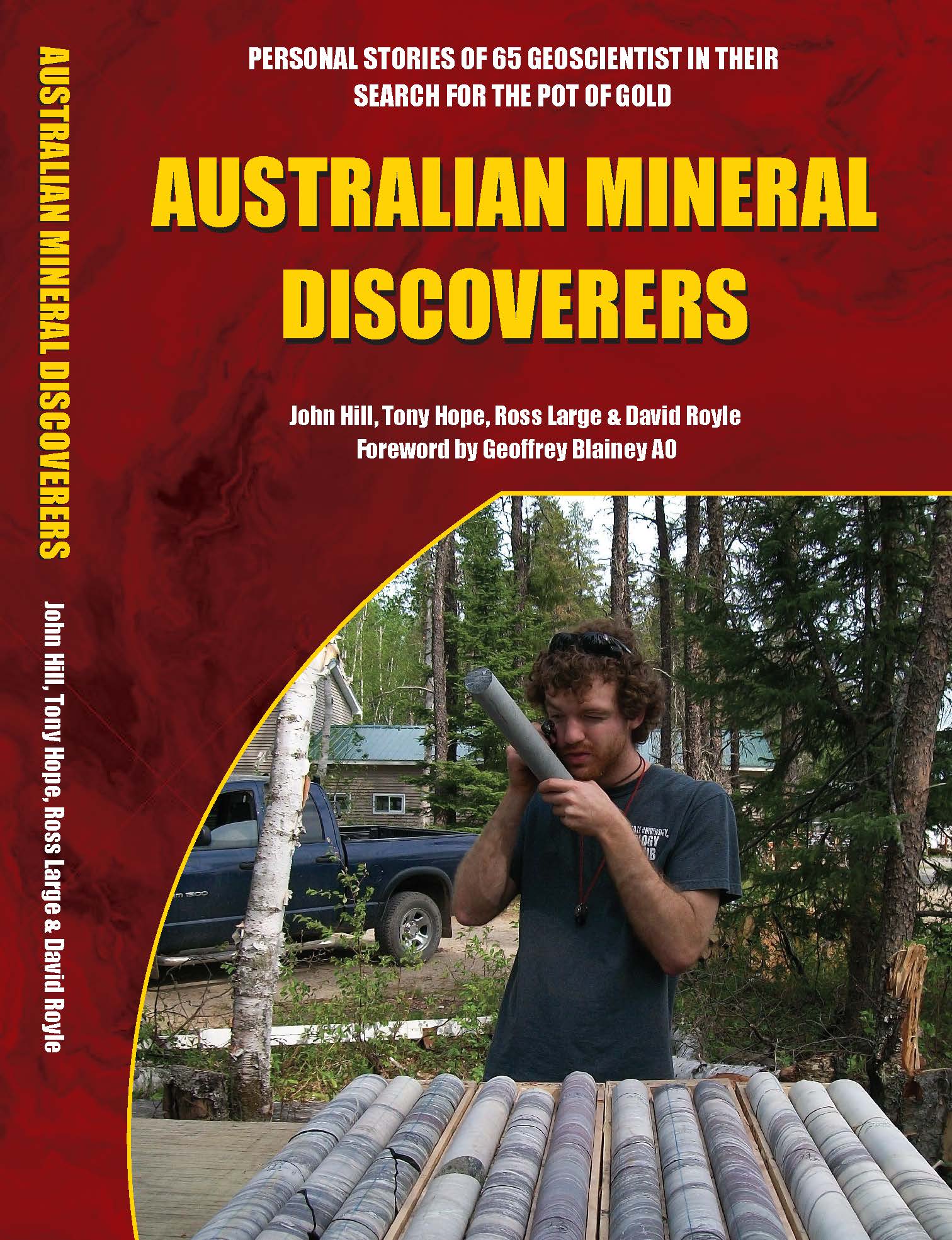 Australian Mineral Discoverers is an invaluable telling of the personal stories of some of those who have been most successful in their exploration careers in the period 1950-2000. It is invaluable because the people in the book are mostly, but not exclusively, in the twilight of their lives or careers and there is a grave risk of their stories being lost to us, either by neglect or the shroud of ‘privacy’ that is settling on many institutions where the record otherwise might be found. Additional value is found in that the stories are not just dry records of intersections, interpretations and ideas but include some details of the subjects’ lives outside the industry. A map and table at the front listing mineral deposits, their date of discovery, targeting technique and company which is cross-referenced to pages in the book where the deposit is mentioned, is another value-add.

Sixty-five geoscientists are represented, mostly in their own words, or by contributions of others where the subject was deceased or infirm at the time of compilation. When I browsed the book shortly after its publication, I was surprised to discover that the accounts were mostly by the subjects themselves, as the text is presented in the third person, but the contributions have been edited so that differing personal styles are knitted together into a mostly cohesive whole. The level of detail varies of course; in some pieces we read of exciting intersections and other on-the-ground highlights, in others it is more of a broad account, but all are interesting and valuable.

Of course, with such a list of success stories, there is scope for quibbling about the comparative merit of some who made it and puzzlement at some omissions. The editors anticipated this and explain in an editor’s note that the scope of discoveries excluded most industrial and fuel minerals (this being mainly for space reasons), that some who were invited to participate declined and, yes, there may have been some omissions – several explorers who are deceased come readily to mind. The editors suggest that a future volume will fill the gaps.

Something a future volume may also wish to consider is the stories of exploration teams, perhaps as ‘case histories’ at the end to highlight the importance of group effort. Mineral exploration in the twenty-first century is highly complex and it is difficult to stand out as one who is largely responsible for the discovery of an orebody. This is not new; in many of the stories recounted in this book, it is evident that the subject was the leader of a dedicated team and was in a fortunate position to first walk onto a site or direct a program to a discovery. That in no way detracts from those subjects being highlighted in a book such as this, but given the direction of exploration hereon in, a telling of the stories of successful teams may be equally valuable as the celebration of successful individuals. Today’s student geoscientists, perhaps thinking ‘I’ll never get to be a discoverer’, do need encouragement to go out every day to get that exciting feeling that they might be onto something today, even as a smaller cog in the corporate wheel.

Speaking of teams, it is a pity that the index excludes personal names. While the principal subjects can be easily found in their respective, alphabetically-arranged contributions, there must be a hundred or more other people, technical or as mentors, whose presence would be more easily found if they were in the index.

The editors are to be commended for their initiative in undertaking this project and bringing it to fruition in just a couple of years. The Royal Society of Tasmania should also be thanked for supporting and publishing the volume, although it is a shame that the book is only available via the RST’s website. While costs are better recouped via direct sales, the book deserves wider distribution and easier access, and not just within the minerals or geoscience community.

Australian Mineral Discoverers is available from the Royal Society of Tasmania website.

Dr Malcolm Ward is a retired geologist and until recently an AusIMM Fellow.