The FNQ Branch was founded in 1975, and represents the northern region of the state extending past Townsville to Cape York.

In 2021, Dr Geraldine McGuire FAusIMM, who has 30 years of experience as an environmental, social and governance (ESG) professional in the mining industry, was appointed Chair of the Branch.

With the support of the AusIMM CEO, President and AusIMM Management Team, Geraldine and the Committee decided to step up to the challenge and expand the professional development offerings available to the local branch members.

During the year, new technology (via videoconferencing) was introduced to Committee meetings and several site visits and talks were organised upon the request of members.

Since 2008, the Branch has also hosted an annual event showcasing the existing and up and coming exploration and mining projects in the Far North Queensland region. This year’s annual event was renamed Resourceful FNQ and was redesigned to focus on innovations in the mining and minerals industry in the region.

Three themes for the event were determined by the organising sub-committee:

These topics attracted a diverse range of speakers, sponsors and participants including the Queensland Minister for Resources, the Hon Scott Stewart and the A/Director-General, Department of Resources, Mark Cridland. AusIMM President Dave Clark and CEO Stephen Durkin also attended. 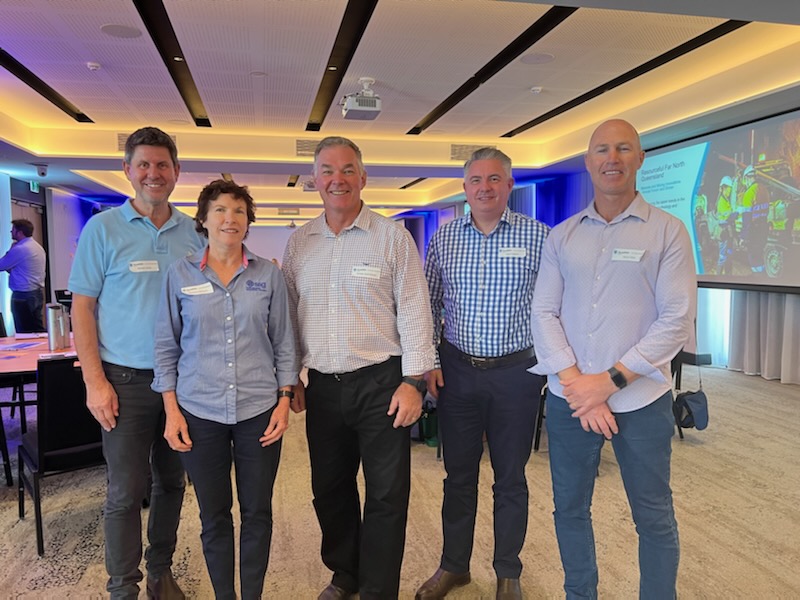 The event helped bring together the local mining community, with people representing a range of backgrounds. Many young professionals from a number of mining occupations, including at least 25 per cent women, attended the event and are now interested in joining the Branch and Committee.

Presentations were judged throughout the day and the prize for the best presentation was won by Tania Hall, Director Remediation from the Queensland Department of Resources.

The feedback on the event was extremely positive and next year’s event promises to attract an even more diverse range of topics and presenters.

For further information, including how you can get involved, please contact the FNQ Branch using the Contact Form here.