History and heritage: Novel gold ore treatment at the Wiluna gold mine in the 1930s

The Wiluna gold mine in the north-eastern goldfields of Western Australia is on the edge of the desert approximately 480 km north of Kalgoorlie. It is memorable in Australian mining history as one of two large technically advanced underground mines, the other being Mount Isa in Queensland, which were developed from small beginnings in the late 1920s and early 1930s. It had major challenges from a refractory gold ore with arsenic mineralisation, which although treatable using a flotation, roasting, cyanide leach and gold recovery process, still had a lower recovery than mines using the same process for refractory ore in Kalgoorlie. A novel process using lead smelting was developed for the most refractory of the Wiluna and associated Moonlight mine ore, and continued until further research improved the overall gold recovery with conventional treatment.

The Wiluna gold mine was worked as an underground mine with some shallow open pits in the early 1900s. Oxidised gold deposits in the East and West Lodes were mined and the gold ore treated conventionally by crushing in stamp batteries, amalgamation and cyanidation of tailings. The mine closed about 1910 following depletion of the oxide resource, and difficulty in recovery of the refractory sulphide gold mineralisation at depth, despite trials with roasting.

The resource was recognised in the 1920s as large and low grade, requiring a different treatment method and a high production rate. Wiluna Gold Corporation Ltd (WGC) was formed with a wholly owned subsidiary company, Wiluna Gold Mines Ltd (WGM) to develop the sulphide section of the East and West Lodes, construct a treatment plant and other services.

WGC also had a minor shareholding in Gold Fields Australian Development Company Ltd (GFA) which owned the nearby Moonlight lease. The colourful Western Australian goldfields and London personality Claude de Bernales, along with some other directors, were on the boards of both WGC and GFA. The Consolidated Gold Fields of South Africa Ltd based in London had major shareholdings in WGC, GFA and Lake View and Star Ltd at Kalgoorlie. John Agnew was chairman of all three companies during the 1930s and the town of Agnew, south of Wiluna, was named after him.

The Western Australian state government built a railway line from Meekatharra for transport of supplies including fuel oil for power generation, and the town of Wiluna grew to a population of about 9000 persons during the 1930s. The Wiluna mine commenced production in 1931 and was among a number of large lower grade open pit and underground mines in Australia in the mid-1930s including Mount Isa, Mount Lyell in Tasmania, and Big Bell in Western Australia.

The refractory nature of the gold orebody prompted a relatively new treatment route, adopted by the Lake View and Star mine in 1929, of sulphide flotation followed by roasting of the concentrate before conventional cyanidation and gold recovery. However, the gold recovery was 80 per cent compared to the Kalgoorlie gold mines of 96-98 per cent.

The run-of-mine ore was crushed in a McCully gyratory crusher, two Symons standard cone secondary crushers and oversize re-crushed in a Symons short-head tertiary crusher before feeding to the fine ore bins. From the bins the ore was fed into four Hardinge ball mills, with secondary grinding by Ruwolt tube mills. This was followed by flotation with rougher, cleaner and scavenger cells. Because of the scarcity of fresh water, mine water was initially used in the grinding and flotation sections. A change to fresh water in 1936 was accompanied by an increase of gold recovery in the flotation section from 85-89 per cent.

The concentrate was dewatered in thickeners and then filters, and passed into Edwards roasters and the calcine pulped with fresh water, lime and cyanide solution before grinding in a tube mill. Thickening and filtration then led to a Merrill-Crowe precipitation plant using zinc dust for precipitation of the gold. The cyanide residues were stored in shallow dams and allowed two years to weather before being leached and the gold solution being reintroduced into the main circuit. As installed in 1931 the plant capacity was 36,000 tonnes per month, later increased to 45,000 tonnes per month. An arsenic tri-oxide plant utilising arsenic fumes from the roasters was built and operated by the A Victor Leggo Company Pty Ltd. This company was claimed to be the largest producer of arsenic in the Southern hemisphere in the 1920s.

The Wiluna mine produced 108,501 ounces of gold for the year ended 31 March 1936 and was number 51 in world gold mine production for the 1935 calendar year, second in Australia behind the 133,811 ounces produced at the Lake View and Star mine. 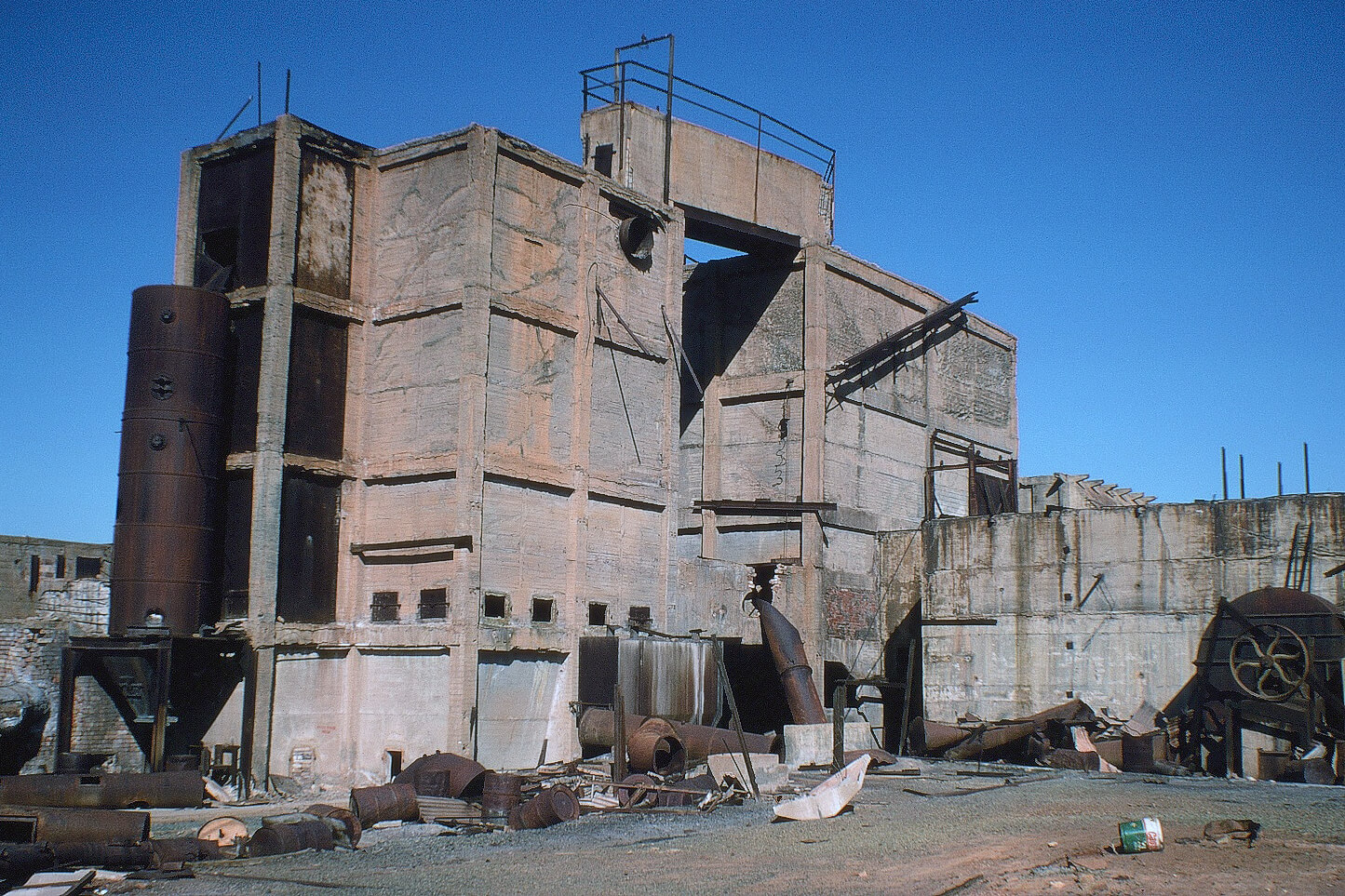 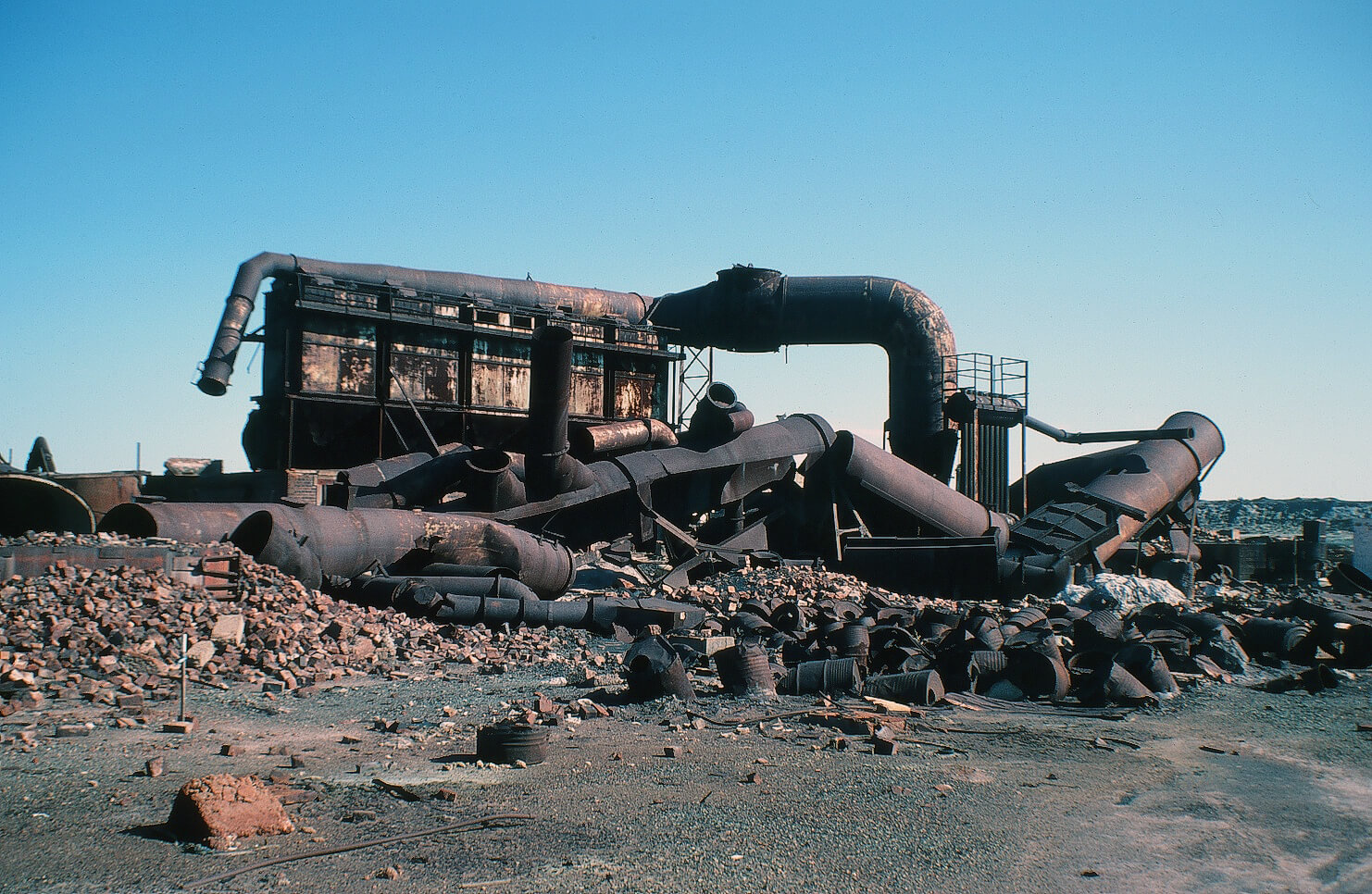 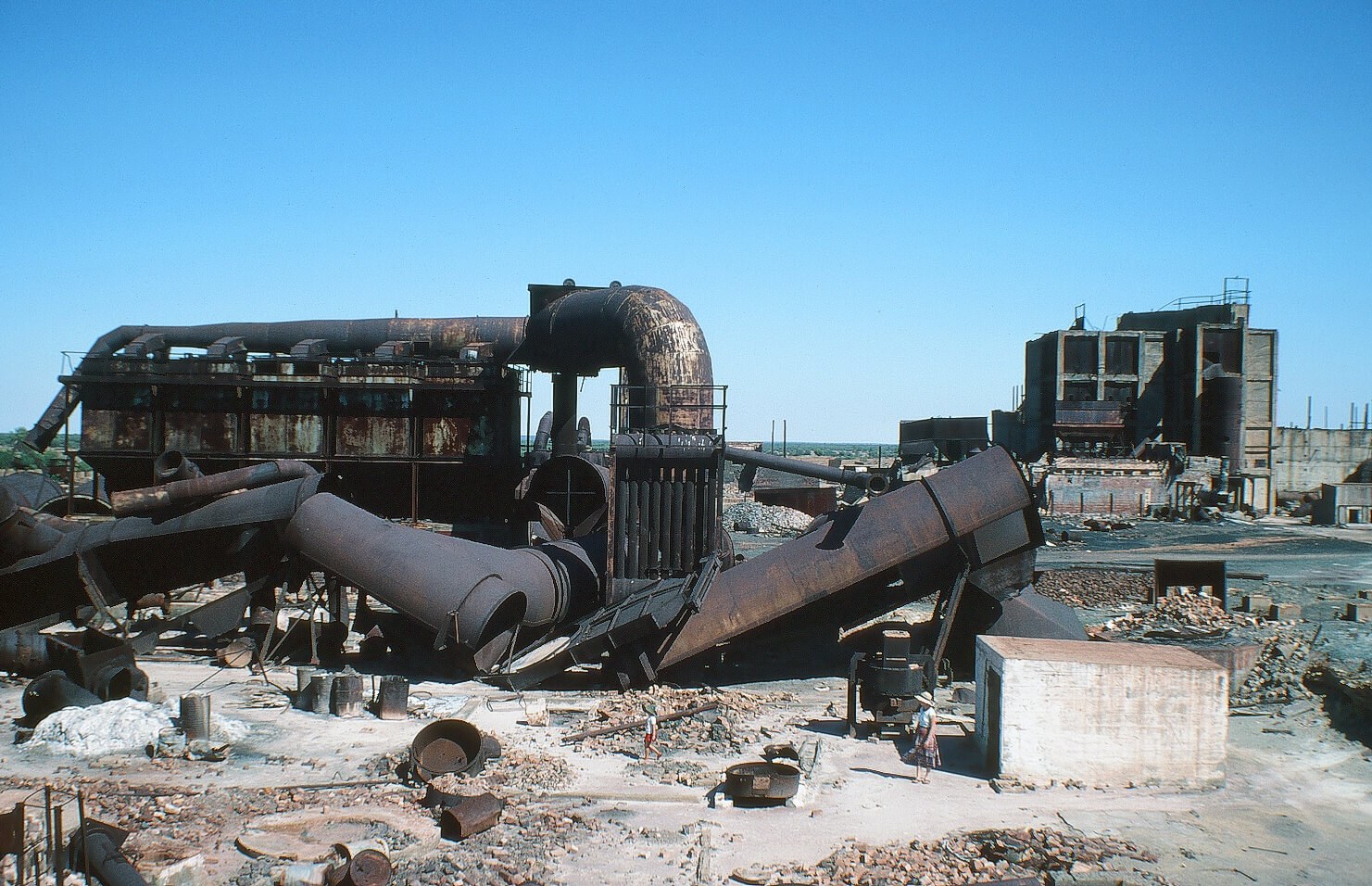 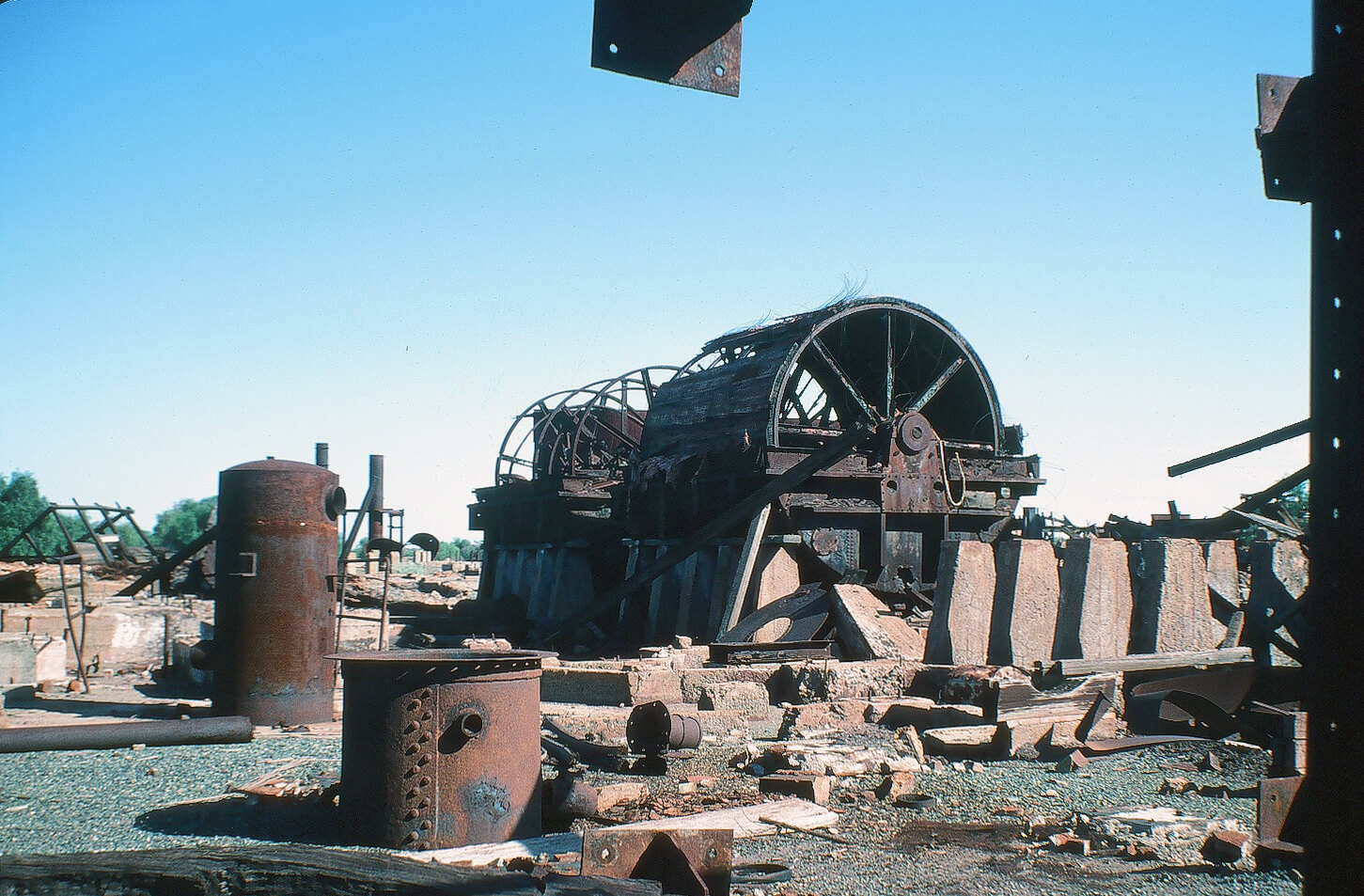 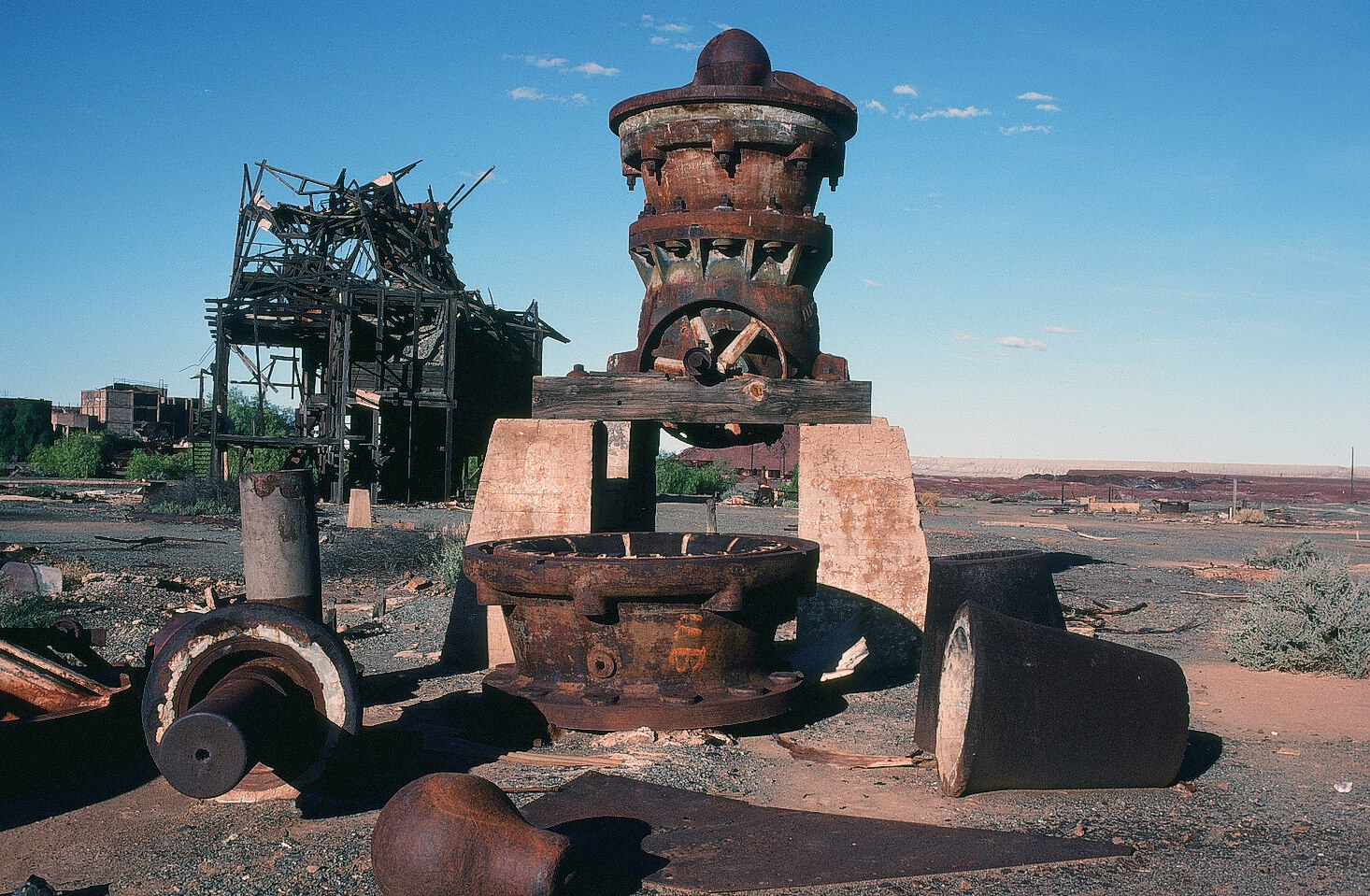 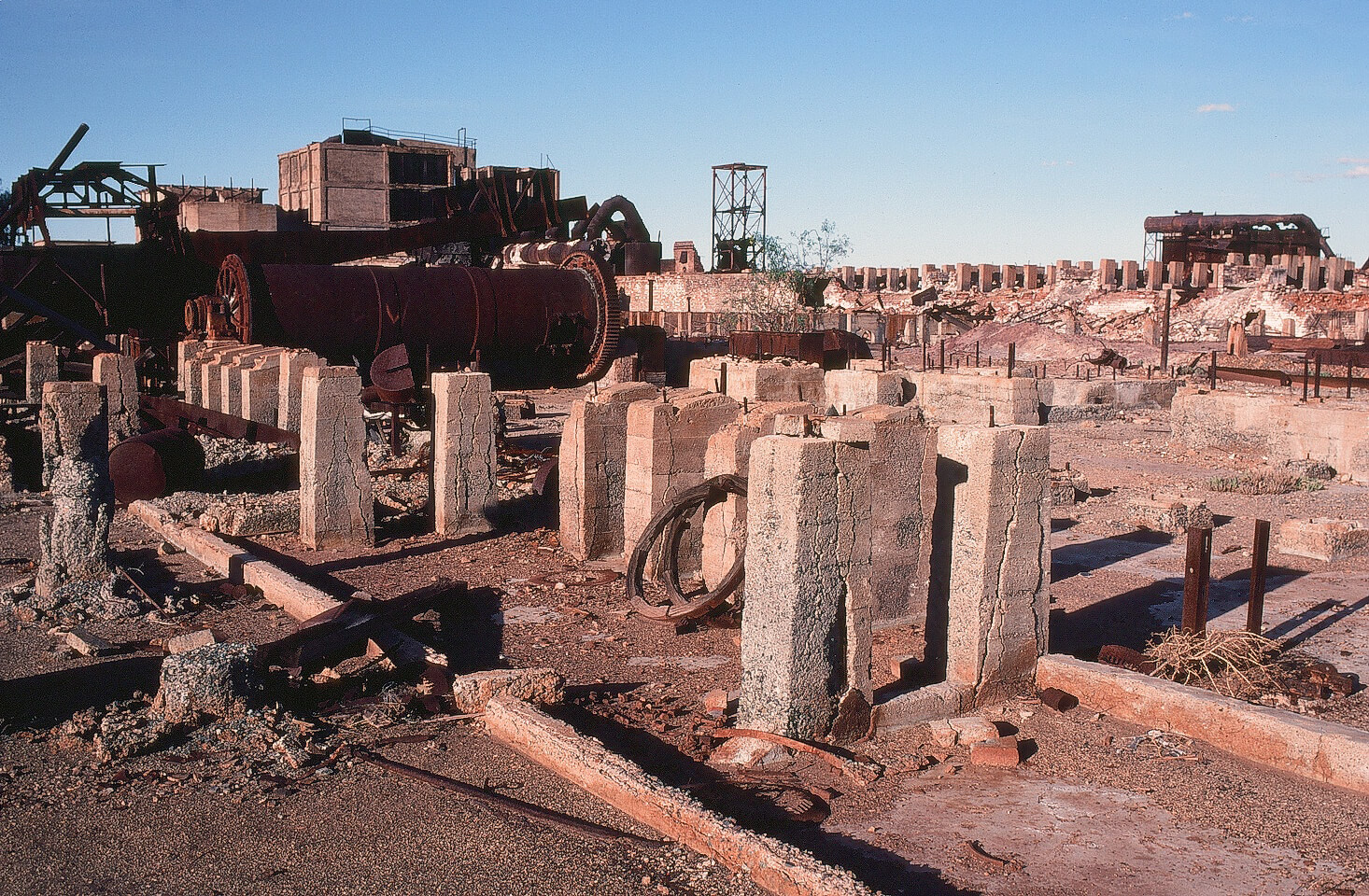 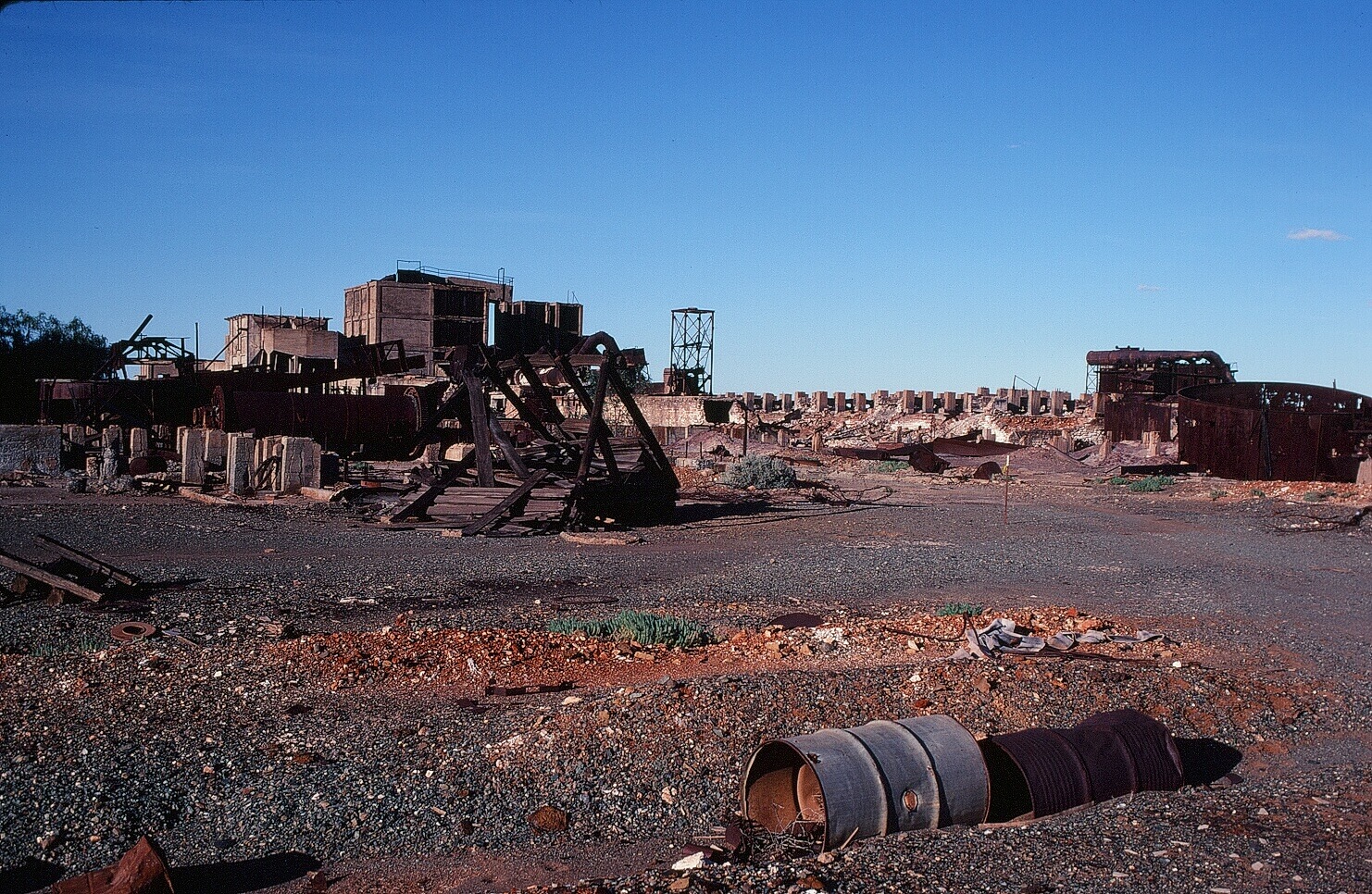 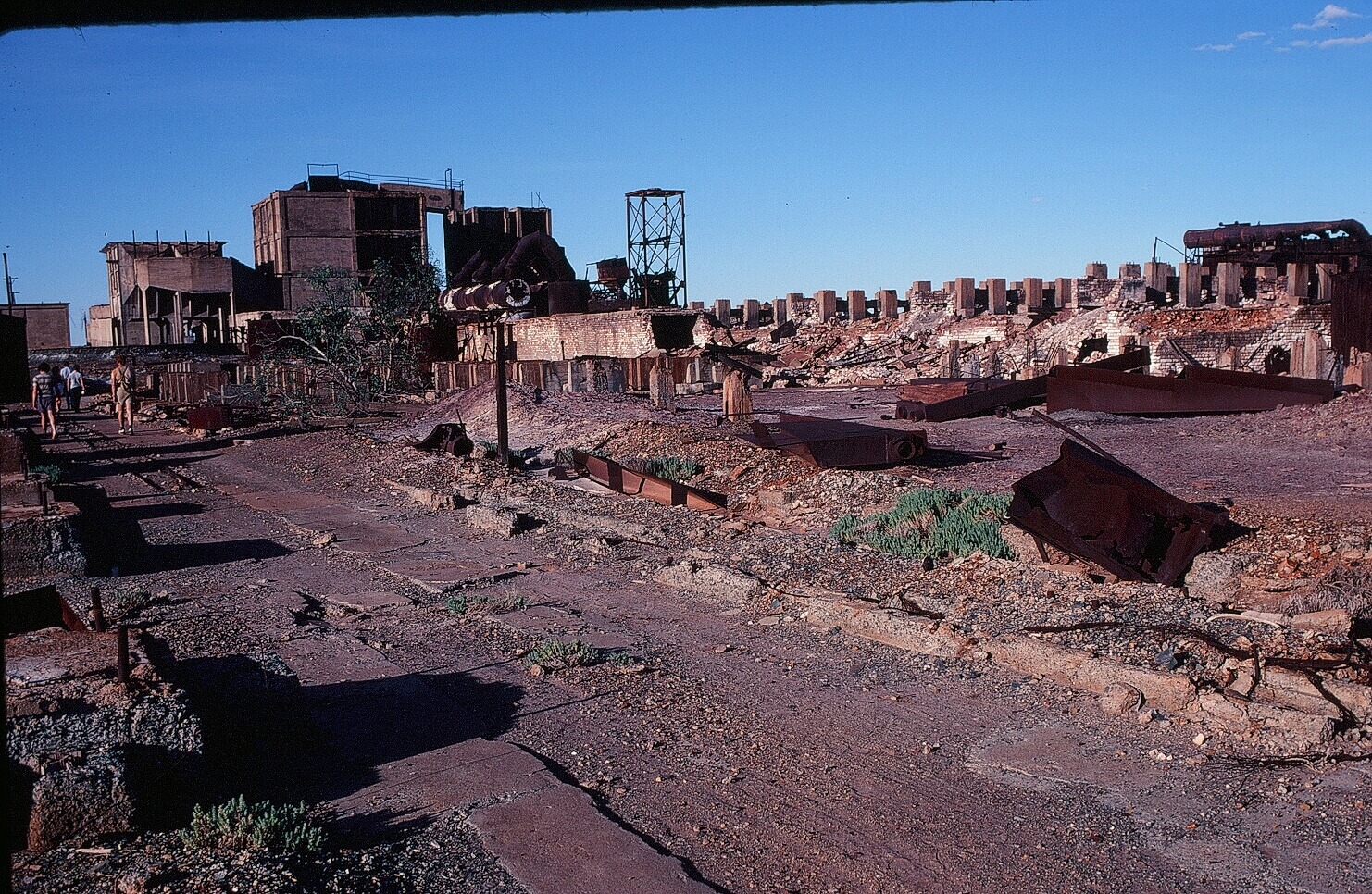 Moonlight Wiluna Gold Mines Ltd, a wholly owned subsidiary of GFA, started development of the Moonlight mine north of the East and West Lodes and construction of a crushing section and bins at the mine. A short railway to the Wiluna plant and a parallel flotation section were built by WGM for toll treatment of the Moonlight ore within the existing Wiluna treatment plant. The railway also served the WGM Happy Jack and Bulletin orebodies.

The Moonlight ore contained the antimony mineral, stibnite, which was notoriously difficult to roast and cyanide, and a pilot plant was built to investigate the smelting of Moonlight concentrates by sintering, blast furnace smelting with lead and lead concentrates, and refining to obtain the gold. These investigations also covered a similar treatment route for a portion of the Wiluna concentrates. A derelict lead mine at Northampton north of Geraldton in Western Australia was purchased to supply lead sulphide concentrates. Reports from the period suggest that all the concentrates from both companies would be smelted although this did not eventuate.

Crushed Moonlight mine ore was transported by railway to the Wiluna treatment plant and processed 7,500 tonnes per month in the parallel grinding and flotation circuit producing a sulphide concentrate and an antimony concentrate for separate sale. A Dwight-Lloyd sintering machine, blast furnace and refinery were installed by WGM and commenced operation in October 1936. The smelter treated Wiluna and Moonlight arsenical concentrates, and cyanide residues combined with pig lead and sintered lead concentrates produced on site using ore from the Northampton lead mine. The smelter also treated briquetted miscellaneous gold-bearing materials. A second blast furnace was later installed.

The sintering plant was not successful, but a kiln roasting process was eventually able to process almost every type of material offering. The sintering machine was thereafter occasionally used for small quantities of lead concentrates from Northampton, and also for agglomerating fines, which were collected following the degradation of briquettes made from calcine residue for smelter feed.

The smelter produced a gold bearing lead bullion assaying 11 per cent antimony, one per cent arsenic and 0.5 per cent copper that presented unusual refining problems. A process was developed by the company staff consisting of five stages:

The smelting process obtained about five per cent higher recovery than the roasting and cyanidation process. During the smelting operations, 47,500 tonnes of briquetted cyanide residues derived by briquetting old and current residues with lime, 13,800 tonnes of sinter derived from the Dwight-Lloyd sintering machine, 900 tonnes of clinker derived from an experimental rotary kiln, and 3,400 tonnes of miscellaneous gold-bearing materials were treated. The author estimates that the Wiluna mine supplied approximately 2,700 tonnes of sinter, equivalent to one month’s ore production.

The roasting technique was so improved by a new method of temperature control that recovery by cyanidation increased by three per cent in 1939. In addition there was a steep rise in the coke price, and a lesser rise in lime and limestone flux prices. The advantage of the smelting process over roasting and cyanidation was thus reduced and the smelter was shut down at the end of March1939.

During the Second World War the Commonwealth Government declared the Wiluna gold mine a protected industry due to the arsenic production used to enhance military shell fragmentation. The gold grade of the East and West Lodes diminished at depth from 11.7 grams per tonne (g/t) in 1933-34 to 4.8 g/t in 1943-44, resulting in declining profit and a loss in that year. A Commonwealth Government subsidy was received in 1944-45.

Following the end of the Second World War the East and West Lodes were closed in February 1946 after completion of a Commonwealth Government arsenic contract, although mining continued at the Happy Jack shaft for another 12 months. The retreatment of calcines continued until complete closure in May 1949.

Open pit mining of oxide ore at Wiluna recommenced in 1985 and a bacterial oxidation plant was commissioned in 1993 as a new technical solution to the problems of the refractory ore. In 2020 mining and treatment of oxide ore mined in the vicinity of Wiluna by Wiluna Mining Corporation Ltd (formerly Blackham Resources Ltd) continues.

The refractory gold ore at Wiluna has been a challenge for more than a century. A novel method of treating the most refractory ore using smelting was developed in the mid-1930s and implemented until the recovery of a more conventional method used for the majority of the ore was improved sufficiently to become more economic than smelting.

A note on sources

The majority of the material for this article was sourced from two articles by K S Blaskett in the Chemical Engineering and Mining Review (CEMR), for June and July 1952, Flotation and cyanidation at Wiluna and Smelting of concentrates at Wiluna respectively. Additional material came from frequent articles and news in the CEMR, company reports published in various newspapers, Western Australia Mines Department annual reports, and a book by Robert Porter, Consolidated Gold Fields in Australia, published by the ANU Press in 2020.