A great man was lost to the world-wide mining and minerals family with the passing of Alban Lynch on 17 September 2021 at the age of 91. 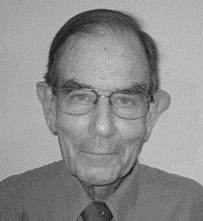 Courteous, compassionate and mild-mannered, Alban possessed a rare combination of vision, energy, steel when necessary, technical ability, determination, an ability to achieve lasting outcomes and the gift of inspiring countless people across generations.

Alban Lynch was born in Brisbane in 1930. He studied Chemical Engineering part-time at the Sydney Technical College (soon to become the University of New South Wales) while working in the paint industry. In 1954 he joined Zinc Corporation (ZC) as a metallurgist, to be joined by Barbara after their marriage late that year. It was here he developed an interest in grinding, and most importantly, the idea that valid experiments could be conducted in operating plants. His work at ZC earned a Master’s Degree from UNSW.

Lynch set his sights on a PhD and in 1958 he moved to a research position in the Department of Mining and Metallurgical Engineering at the University of Queensland. His work involved the development of treatment methods for uranium ore. In a stroke of good fortune, the work had to be conducted at the University Mine at Indooroopilly in a tin shed known as the Pilot Plant, some 10 km from the Department which was in the city at the time. In later years he often said that the group which became the JKMRC could never have emerged if located on the main campus. With distance from the university came many freedoms. The project was not successful, and it was the formation of AMIRA a few years previously which provided the opportunity to acquire funding from 13 companies initially for what became known as the AMIRA P9 project concerned with the modelling, simulation and control of grinding circuits. P9 commenced in 1962, with Alban, two postgraduate students (David Moore and TC Rao from India) and two technicians. P9 would go on to be a fixture on the national and international mineral research stage for almost 60 years.

Lynch used P9 to pioneer a new approach to industrially relevant research at universities, with postgraduate students spending many months conducting experiments at the plants of P9 sponsors. They then returned to the Pilot Plant with the data to build and test mathematical models, initially run on mainframe computers, for Lynch had early grasped the potential for computer based modelling and simulation. The small P9 group was strengthened when the late Bill Whiten, a mathematician and computer programmer, joined in 1966. Alban Lynch and Bill Whiten became a formidable duo and models of rod and ball mills (Lynch), cyclones (Rao) and crushers and screens (Whiten) rapidly followed. The first grinding control system was installed at Mount Isa Mines in 1967. The progress achieved by the small P9 team was remarkable.

The approach of on-site data collection by students, followed by model development and simulation, became a trademark of P9, an approach continued today by the JKMRC. The industry was a willing and critical partner, and the next step of applying the results to operations was a natural process. Students revelled in the industry environment and it is no surprise virtually every student found employment in industry after completing higher degrees. Some companies reported that they supported P9 as much to get access to its students as to its research. We frequently hear today laments of the disconnect between much university research and industry. Alban Lynch solved that problem over 50 years ago, and his modus operandi remains central to the success of the JKMRC today. None of this happened by chance. It required Alban to use most of the qualities mentioned in the introductory remarks.

The Mount Isa people were so impressed with the work that in 1970 with the financial support of Mount Isa Mines Ltd, the Julius Kruttschnitt Mineral Research Centre was established at the University Mine, with Lynch the founding Director. He held this post until the end of 1988 when he moved to the main St Lucia campus to become Head of the Department of Mining, Minerals and Materials Engineering. He retired from the university in 1993. Barbara and Alban then toured the world, with Alban attaching himself to universities in Chile, Brazil, Mexico, Malaysia and Turkey where, with his advice, activities similar to those at the JKMRC were established. He remained professionally active till the end of his life as an author of technical books and inspiration for students. His last appearance was at the Mill Operators’ Conference in Brisbane in June of this year. All this is but a brief snapshot of his career.

From the outset Lynch was committed to education and this took many forms. Education may well have been his greatest and long-lasting achievement. Postgraduate students were essential to his approach and hundreds have passed through the JKMRC. He lectured undergraduate students at UQ from the mid-1960s, which directly resulted in many graduates joining his group. In 1966 he ran the first of several residential schools for metallurgists from company sponsors of P9. These initiatives continue today in various forms. During his time as Head of Department he took undergraduates overseas as he believed young people should see the world. He had great faith in the ability of relative youth to accept responsibility for leadership of research activities, and he put this into practice at the JKMRC.

From the outset Lynch set his sights on the international industry. P9 steadily gained sponsors from the early 1970s in US, Canada and South Africa with students despatched in the familiar way. A visit to Chile in 1984 paved the way for a team from the JK Blasting Group to begin fieldwork there in 1985 and for the JK to establish an office in Santiago the following year. He was an early visitor to China resulting in fieldwork in that country. All this meant a steady stream of students from overseas countries beginning in the 1970s, always remembering TC Rao had arrived from India in late 1961.

Lynch had remained active in research in both comminution and flotation till the mid-1970s. By then he had become concerned that the JK was too dependent on P9 so he set out to diversify the research with his normal energy and success. Notable in this regard were the establishment of coal preparation research in 1974, blasting research (by far his most audacious move) in 1977, commercialisation of JK software and knowhow by JKTech in 1985 (another audacious move) and minerals sands beneficiation in 1988. The familiar vision and drive was apparent right until the time he moved from the JK.

Alban Lynch was a member of AusIMM for 67 years from his earliest Broken Hill days. In 1971 he organised one of the earliest specialist AusIMM conferences on process modelling and control in Brisbane. He was President of the Institute in 1989, a task he undertook with typical zeal. His series of Presidential addresses (published in The Bulletin) remain a great source of historical information on aspects of the minerals industry.

In his retirement years he returned to writing technical books. He first wrote a book on comminution and classification modelling and control in 1977 and a similar one on flotation in 1981, with his students Bill Johnson, Emmy Manlapig and Grant Thorne. The History of Grinding with Chet Rowlands appeared in 2005, followed by The History of Flotation, with Greg Harbort and Mike Nelson in 2010. He was the editor of the Comminution Handbook, published by AusIMM in 2015. Proceeds from the latter two volumes fund the annual AusIMM Delprat Lecture.

He was the recipient of many awards: from AusIMM, the President’s Award (1978), Sir Willis Connolly Medal (1991), the Institute Medal (1993) and Honorary Fellowship (2004); and from the AIME the Richards Award (1985) and the Gaudin Award (2000). He was made a member of the Order of Australia in 1999. In 2010 he was the recipient of the Lifetime Achievement award of the International Mineral Processing Congress.

After retirement, Lynch spelled out his mantra for successful university research:

It was an approach which succeeded admirably.

It is rare to find anyone with the profound impact that Lynch had across so many areas of activity. He was a university man at heart who understood industry and saw industry as an essential partner in his work. Postgraduate students provided the glue which bound the two together. The application of the work he started, and which continues today, is found across the world. On hearing the news of Alban’s passing, Jim May, his friend and AMIRA partner for decades simply said ‘We will not see his like again.’

It is fitting to conclude this tribute by reflecting on the role Barbara played in Alban’s long journey. Barbara and Alban provided numerous students and staff with kindness and practical support, often known only to a few. Barbara’s support was critical in providing her husband with the opportunity to pursue his professional goals while she managed a large family during his frequent long absences from home.

Barbara passed away in late 2016. Despite this heavy loss, Alban soldiered on, an inspiration to today’s generation of students. His great regret was that a long-planned family celebration to mark his 90th birthday in August 2020 could not proceed because of COVID restrictions. He is survived by his seven children, 21 grandchildren and 10 great grandchildren.