Obituary: Rob Duncan – Recollections of Rob from a few of his many friends

I first met Rob in March 1970 studying geology at Melbourne University. He was so convinced it was the only thing to study that he did a 'double major' in Geology and Advanced Geomorphology. 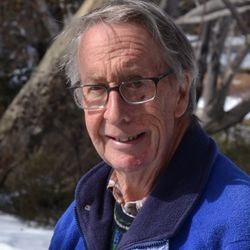 Rob and his third year friends all sat along the back wall, while we second year students sat closer to the front. We went on field trips together under Bernie Joyce’s tutelage. Rob survived the nickel boom crash when he graduated to make his career in economic geology.

He was a great advocate of the organisations that support geology and geologists. He was the first secretary, then secretary/treasurer, of the WA Branch of the AIG (the Australian Institute of Geoscientists). He was elected to the AIG Council in 1991 and served as a Councillor to 1997. He was a Member of the Geological Society of Australia from 1982 until his death. He was also a Member and subsequently a Fellow of the AusIMM from 1988 to 2018.

On the basis of a successful seminar, Rob invited me to join the WA Branch Committee of the AIG. I was rapidly ‘promoted’ (because it was all voluntary) to become WA Branch Chair, Federal Counsellor, and finally Federal President, all following in Rob’s footsteps. His constant advice to me was 'as soon as you get a new job, line-up your successor'. He certainly practised on me what he preached.

Subsequently I worked with Rob on his pride and joy, the Mt Weld Carbonatite Project. This was specialised esoteric geology, a cross between volcanology, exploration geology and mineralogy. Only three months before he died I last contacted him about a rare earths project overseas. His expertise in that field had developed based on the Mt Weld mineralogy work he had done. I learned more from him on the phone in an hour than from all the preliminary reading that I had done on the project. He never stinted to help, advise and give his candid objective opinion, with enthusiasm and a cheerful smile or laugh, that made it so much more appreciated.

Greg Roder remembers Rob from Melbourne University days, as ‘this really busy guy in the corridors of the Geology Department, who always seemed to be at the forefront on our field excursions, with such enthusiasm and desire to learn and understand geology’. On weekends he would pack some handy-man tools in a bag and visit elderly folks and offer to help them out with odd jobs, fixing the fly screen door that wouldn’t close; unjamming a drawer; freeing up a stuck window. When asked 'so, do you get paid?' he answered 'Well, sometimes, but usually they just cook me a roast dinner and that does very nicely!' Knowing and befriending Rob was actually a path to self-improvement; his zest for life and knowledge combined with a self-effacing enthusiasm, desire to help others, and seemingly knowing the right way to do things, would no doubt rub off.

In Perth Rob worked for Union Oil, where he employed Jocelyn Thompson as assistant and started her on a 36 year career supporting the AIG in various administrative roles, both in Perth and nationally. Through Ray Dudley he joined Minproc and spent a few stints in the 1990’s in former Soviet countries, including Siberia. He went on to work in Kazakhstan, Africa and finally returned to Australia to again work on the Mt Weld carbonatite project, identifying, championing, and pushing the development of the phosphate and then rare earths deposits.

Phil Phillis notes that when he was introduced to Rob in the early 1980s, Rob was already a highly regarded geologist, the go-to man for anything to do with rare earths, and also for information on unconventional minerals including industrial minerals. He was a mentor who was helpful and supportive in his role as a director of Intercept Minerals. He was a great bloke, a great geologist and a fund of highly entertaining stories.

Andrew Drummond recalls that to work with Rob was a delight. It was enhanced by his never-flagging enthusiasm, cheerfulness, humour, optimism and can-do attitude to problems and even life. He could lead one into new adventures, teach, and help pass the long hours of driving in the bush by sharing philosophies, outlooks and stories of his experiences. The enduring memory of working with him was his sheer dogged determination to get the job done somehow!

Exploring around salt lakes in Western Australia’s Nullarbor was difficult and potentially dangerous. The vehicle often became bogged and the only way out entailed jacking the vehicle, walking to the scrub beyond the lake edge, cutting down as much as could be dragged back to the vehicle, placing it under and in front of the vehicle, and repeating the process over and over until solid land was gained. Rob used to quantify the difficulty of the situation by terming them one, two, or three-day bogs. On that same project, with vehicle out of action, he walked to the Transcontinental railway line and managed to wave down the Indian-Pacific train. Dirty and with no money, he convinced the driver to give him a ride to Kalgoorlie, where he promised he would be able to pay for the ride.

Brendan Shand recalls working with Rob out of Laverton WA to manage the start of the mining at the Mt Weld Rare Earths Mine 35 km away. They worked on opposite rosters to one another managing the project whilst the other was on leave in Perth. After the handover, Rob headed off to Kalgoorlie in the hire car that Brendan had just arrived in, for the flight home to Perth. Sometime later it was realised that Rob still had all the site vehicle keys in his pocket. Rob, being Rob, came up with the solution. He had a friend who ran the roadhouse at Menzies whom he rang and organised to drop the keys there. Then he rang another friend at the trucking depot in Laverton to see if any trucks were coming up from Kalgoorlie and was able to organise for one of the truckies pick the keys up in Menzies and take them to Laverton. Within three and a half hours the keys were back at site. Wherever Rob went he had a network of friends and he was often able to solve problems on the run.

Tony Hadley remembers that he and Rob first met in Sydney where they worked together at Lynas Corp in a small close-knit team for the best part of 10 years. Again, Rob was often recounting his stories about exploration in Africa, gorillas in the Congo and romantic expeditions from all 4 corners of the globe. He would always draw people in from his passionate opening line and have people completely hooked until the final word.

Despite his accomplishments and brilliance, Rob remained humble to the core. His exploration work at Mt. Weld was truly remarkable and Lynas Corp honoured Rob’s lifetime of work by naming the Duncan deposit after him. Rob told a story of when he dropped to his knees and begged the managing director of Union Oil to spend $1,000 to keep the exploration tenements in good standing, since otherwise the company would lose them. Rob promised to pay for the maintenance of the tenements himself and write out a cheque immediately if the money was an issue for the company. His belief and passion in the Mt Weld rare earths project was unwavering and it would have never been developed if it were not for his unrelenting effort.

Rob has influenced many of us in many ways, through his passion for geology, his sharing of rock collections with our children, his love of wire-haired fox terriers, his wisdom on investment and planning, and in many other ways. He contributed at least one chapter, and influenced others to contribute, to the recent book Rocks in Our Heads: Stories of Exploring for Mineral Deposits in Exotic Lands collected and edited by Andrew Drummond.

We are all going to miss him greatly: his enthusiasm, his passion, his memories, his mentorship, and his friendship. What a wonderful, positive, loyal, honest, bundle of energy he was. His mentoring, brilliant stories, and legacy will live on for a very long time to come.

Bill Shaw, with help from many others