As electric vehicle technologies advance and the energy transition continues, the demand for critical metals keeps rising. However, the primary resources for battery metals are not able to meet the growing demands for them.

“The supply and demand for major metals, such as lithium, nickel, cobalt and copper, shows that demand will outpace supply in the next few years,” says Dr. Jack Zhang (pictured), Associate Vice-President of Strategic Technologies in Saskatchewan Research Council's (SRC) Mining and Minerals Division. “We may be facing a shortage of critical metals for batteries.” 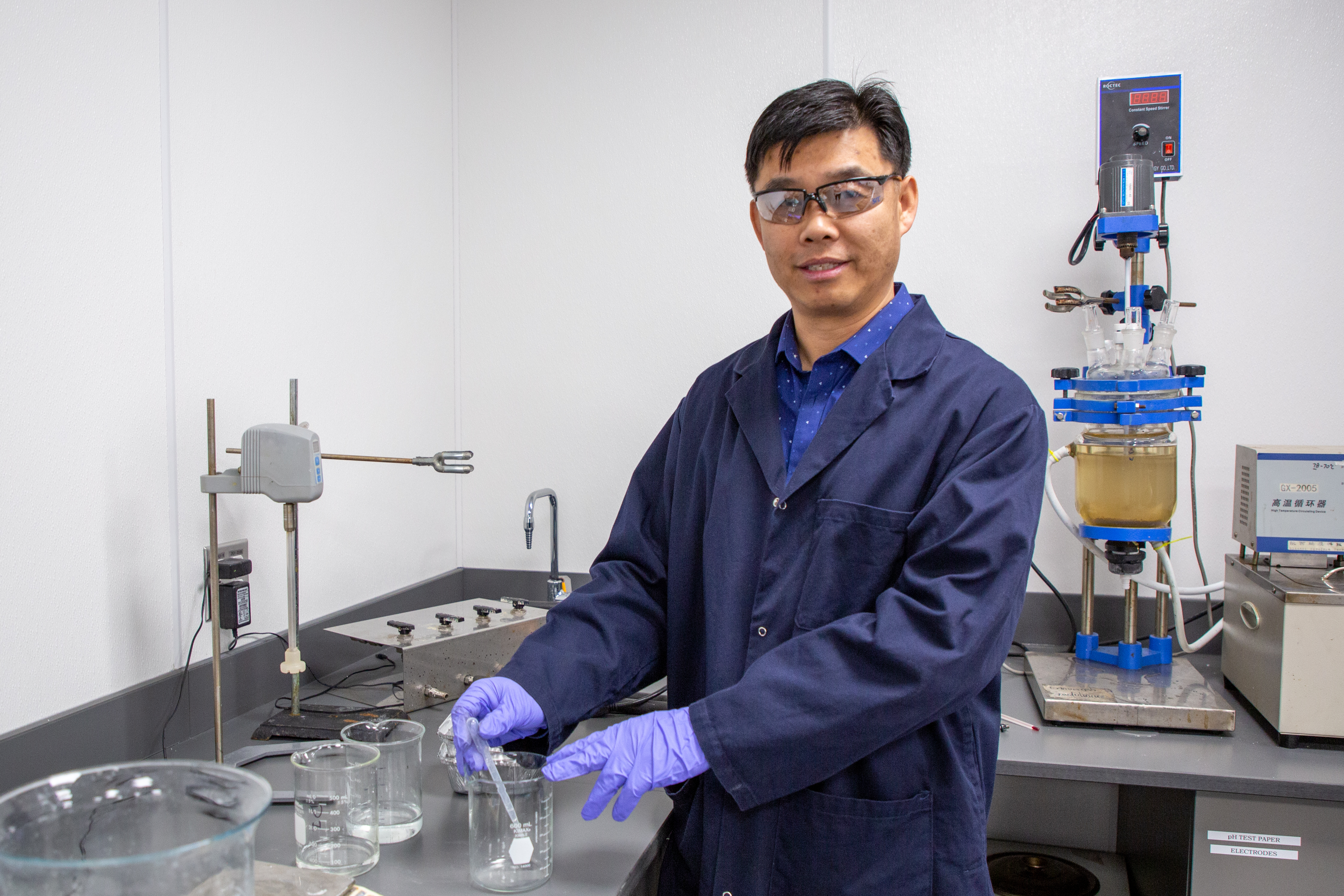 Critical metals are essential to telecommunications, computing and clean energy. They are a valuable export commodity and vital to the world’s technology sector and supply chain.

Lithium-ion batteries (LIBs), first invented in 1985 and commercialized in 1991, power electric vehicles (EVs), renewable energy storage, consumer electronics, power tools and more. Metals such as lithium, cobalt, nickel and copper are required to build LIBs and are found around the world.

“However, the current supply chain is vulnerable because the majority of refining takes place in one spot,” says Dr. Zhang. Right now, that one spot is China. “It’s important for us to develop a more balanced supply of refined metals.”

At the end of their working life, LIBs end up as waste.

“When a battery reaches the end of its life, it loses function and performance,” says Dr. Zhang. “These ‘dead’ batteries are now creating a fast-growing environmental problem.”

Batteries clog landfills, with significant disposal issues due to their toxic components leaching out over time. According to a study done in 2018 by CSIRO, only 10 per cent of LIB waste is recycled in Australia.

At the same time, the demand for critical metal supply is increasing, posing its own environmental concerns for mining jurisdictions around the world. The technologies that require these new batteries (and the metals that power them) are developing faster than industry and governments are finding solutions for the waste.

What if there was another way to source critical metals and address the environmental concerns around spent LIBs?

The term urban mining may sound like just another buzzword, but the idea behind it is simple – what if we recycle the usable elements of spent LIBs, thereby reducing their environmental impact and addressing the growing need for more critical metals?

The idea of battery recycling is not a new one. It’s been happening for years, but it’s been focused on the "front end," meaning diverting batteries from the landfill and disassembling the battery into individual components.

Urban mining takes battery recycling one step further, where their metals are extracted from these parts, thereby making them available for battery and other product manufacture. This mining activity can help meet the growing need of new batteries and technologies. Plus, it generates value from what was previously considered "waste" and removes environmental contaminants from landfills.

This can also reduce the need for new mining operations that have a large environmental footprint. Recycling and refining previously used metals are far better than starting a new mine, from both economic and environmental perspectives.

Drawing on their specialised expertise in lithium recovery processing and technologies, Zhang and his team are developing a direct recycling process of LIB metals that will help industry meet the growing demand for critical metals and divert batteries from landfills.

EV batteries and batteries from electronics, such as cellphones and computers, are valuable for their components (eg aluminum, copper, nickel and lithium), and recovery processes are designed to maximise the critical metals from end-of-life batteries.

End-of-life (EoL) batteries will be dismantled in SRC’s lab through an automated process that produces minimal waste residues while carefully preserving the critical metals. These components – such as nickel, cobalt, lithium, aluminum and copper – are extracted at high purity and recovered for immediate reuse.

“Battery recycling is complex because of all the types of batteries and their varied composition and chemistry,” says Zhang. “But it’s not impossible. With the appropriate sorting and recycling processes in place, battery recycling can become a viable source for critical metals and minerals that addresses both the market demand and environmental concerns.”

SRC can facilitate the development of the refining process for organisations interested in battery recycling, including those based in Australia. The second stage of lithium recovery technology also applies to lithium minerals processed in Australia.

Zhang also points to SRC’s state-of-the-art labs and facilities and his team of experienced professionals as essential in developing and commercialising the proposed technology for industry.