A study that looks at the skills and experiences of resources industry leaders. What might we learn about our current MDs and what might have changed in the last 20 years?

Picture a resources industry where, over the last 20 years, accountants and lawyers have increased their managing director (MD) representation by 10 per cent across all companies (exploration, development, and production/growth-focused companies).

Across this same time span, we see a 10 per cent drop in mining engineering MDs running production phase companies. We also see a resurgence of other engineering background MDs running production phase companies (up 15 per cent). Can we explain these swings in professions and should we celebrate such changes, worry about them, or remain ambivalent?

Would it be surprising or comforting to know that as companies get bigger and more complex, they are more likely to be led by multi-disciplinarians, that is, people with deep knowledge and training in two or more professions?

Would it be believable to picture that same industry as a place where in 20 years the proportion of female MDs went from just one per cent to just two per cent?

This article explores observations and questions about the people who lead, shape the key narratives, and make decisions about the fate of our industry. It also explores common MD attributes and how those may change over time and across different company phases and sizes.

What makes a managing director?

Nerves are sharp: you’re about to sit with a chairperson and pitch yourself to be the next MD of an emerging resources company. Secretly, you don’t think you should be in the room – but hey, why not? You recall ice hockey legend Wayne Gretzky’s wisdom: ‘You miss 100 per cent of the shots you don’t take.’

The interview is a great experience, but you are politely informed you are not the right fit for the business ‘where it’s at’. You find yourself searching for answers: what attributes are typical of resources company MDs and do they change based on ‘where a business is at’? Do the attributes of MDs change based on the maturity/phase of a business? Have the attributes of MDs changed over time? What attributes might be expected of an MD historically and what might these be in the future?

This article explores the above questions by collecting and distilling publicly available information about managing directors across all ASX listed resource companies (as at FY19) and where possible comparing attributes to a similar 1999 study by Allan Trench (Trench 2012).

For each company MD it was ascertained which primary vocation/profession had founded their career. The categorisation of profession is self-explanatory, with the exception of ‘entrepreneur’ which was a designation given to an MD with no clear or documented professional background.

Figure 2 summarises and contrasts the primary profession of MDs in 1999 and FY19.

Key observations on the MD attribute of primary profession (not accounting for company size or phase):

The study also grouped companies by phase to gain insight into any differences that might be visible depending if a company was exploration, development, or production/growth focused. Figure 3 and 3b summarise how the primary professions change depending on the phase of the company in FY19 and 1999.

Key observations of primary profession by phase is consistent across both 1999 and FY19 studies:

Figure 4 details the change in primary profession across the spectrum of business sizes (market capitalisation basis).

Key observations of MD profession based on market capitalisation:

Figures 6 and 6b explore how MD postgraduate study changes based on company market cap and company phase.

Would MDs be more likely to be proficient in multiple disciplines as companies become more complex? 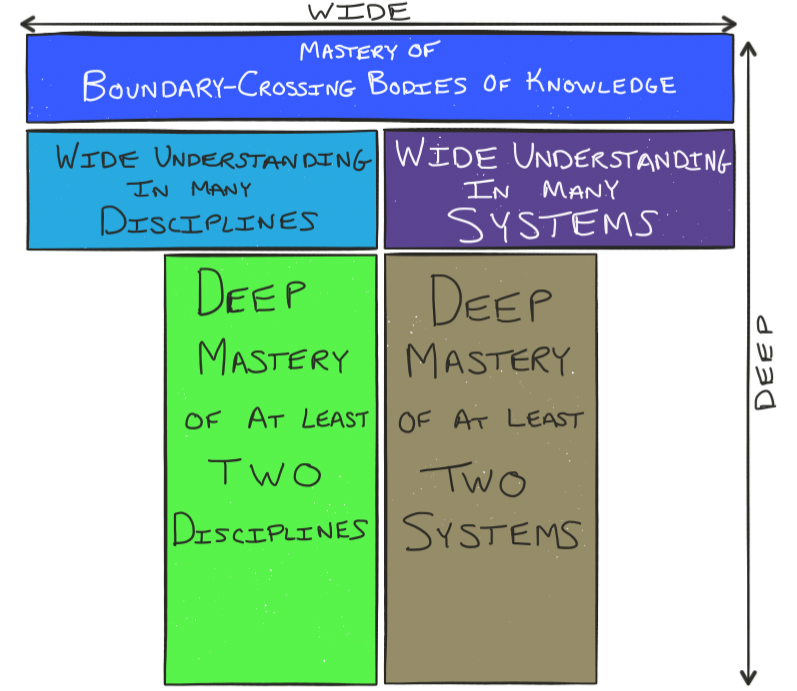 Figures 9 and 9b summarise the MDs in the cohort found to be multi-disciplinarians and plots them across market capitalisation and company phase.

The study also captured MDs who had spent significant segments of their career working outside of the resources sector (based on information available within the public domain). The findings are summarised below in Figure 10 and are segmented into GICS (Global Industry Classification Standard) categories. Classifications with less than three MDs represented were combined as ‘other’ to simplify.

Last but not least the question was asked: what gender diversity exists in our MD cohort?

Figure 11 summarises the gender of MDs across the 1999 and FY19 studies.

There is only one observation to make here: female representation is almost unbelievably low in 1999 and has stayed that way, unbelievably, for 20 years. Much can and has been written about this subject (for recent industry data on gender diversity in resources, read the 2020 AusIMM Women in Mining Survey report) For the purposes of this article let’s challenge our thinking by reflecting on the quote below:

“At the heart of [Walt Whitman’s] devotion to equality was an astute insight into the paradox of power: the understanding that no socially and politically marginalized group — not even a biological majority — moves to the centre solely by its own efforts; it takes a gravitational pull by those kindred to the cause who are already in relative positions of power or privilege.”

Are you in a position of power or privilege in our industry?

Some other sources of MD attribute insight might include industry surveys. For example,  recent surveys consistently show that directors themselves think the most important director attributes are ‘financial, industry, operational, and risk management expertise’ (Stigter and Cooper 2018, 43).

With further research and probing, future AusIMM authors may be able to answer some of the many trailing questions left unanswered by this study, such as: what are the attributes the resource industry needs for the future and what might future MD studies look for?

As a starting point, Stigter and Cooper suggest that future directors must be far more multi-disciplinarian with deep competencies including but not limited to:

Do the MDs you know fit this description?

Furthermore, Stigter and Cooper challenge us to future-proof our MDs by having the courage to address ‘shortcomings in relation to their ability (Can), their understanding (Know), their desire (Want), their being (Are), and their own courage (Dare).’ (Stigter and Cooper 2018, 153)

We may never have an adequate and true survey of the Can/Know/Want/Are/Dare attributes of our industry’s MDs. But that should not stop us from striving to influence current and future MDs to embody a bold vision where we shape daring attributes and demand them from our leaders.

The MD attribute information compiled in this article was gleaned entirely from publicly available internet sources including ASX publications, company websites, and LinkedIn profiles. 655 ASX companies were identified to have a primary focus/strategy in the resources sector and the associated MDs were then assessed. MD attributes assessed included: primary profession, additional study undertaken, gender, post-nominals, and industry diversity of experience. The information was compiled across several months but is as close as possible to a ‘snapshot’ as at the beginning of the 2019 financial year. The author acknowledges that publicly available information is incomplete and imperfect but does not excuse himself for trying to gain insight regardless of that imperfection.

The results of this study are, where deemed applicable, contrasted with a 1999 study of similar capacity conducted by Allan Trench. Although not a true ‘apples to apples’ comparison (Allan’s study was focused on gold focused companies only), the study is similar enough to provoke useful discussion and debate about changes (or lack of) in our industry MD attributes over time. Special thanks to Allan for sharing his work.