Queensland is a state rich in resources wealth. The North West Minerals Province is world-known for copper, lead, zinc and silver, while the east of the state is well-endowed in gold, tin and tungsten. Queensland leads Australia for bauxite production, while the Julia Creek region is home to a world class vanadium field. Some of the highest grade graphite in the world is found in Queensland, not to mention the world’s highest grade rhenium deposit.

But what about critical metals? That lengthy and variable list of commodities known by a dozen different names: critical, strategic, battery, technology etc. These metals have come under increasing political scrutiny in recent years, due to market dominance by particular countries, threatened supply chains and huge projected growth in demand due to the uptake of green technologies, including electric vehicles.

Queensland’s Department of Natural Resources, Mines and Energy, represented by the Geological Survey of Queensland (GSQ), coined the term ‘new economy minerals’ to encompass the technology and environmental revolution driving these changes. The Queensland Government announced in November 2019 that nearly $14 million in funding over five years would be dedicated to developing, promoting and understanding the state’s new economy mineral wealth and potential through a broad corridor from Mt Isa to Townsville. The amount was boosted in June 2020 by a further $10 million.

The funding is broken into two main streams. The first stream aims to expand on what we already know, and maximise what we already have. It will include activities such as the re-analysis of existing core donated by mineral explorers, much of which was only ever assayed for a limited suite of elements, often excluding rare earth elements (REE) and other critical metals. The GSQ will apply the same principle to Queensland’s old and existing mine sites, with a tailings sampling program underway in collaboration with the University of Queensland, examining the concept of secondary prospectivity of mine tailings for cobalt and other critical metals.

The concept of secondary prospectivity feeds directly into that of the circular economy. One of the GSQ’s biggest individual projects under the new economy minerals initiative examines the prospectivity of mine waste (tailings, stockpiles, waste dumps) for new economy minerals, and highlights opportunities for further development. These sites are ideal for exploitation as they are on existing mining leases, infrastructure in some cases already exists and the resources are above ground. Dr Anita Parbhakar-Fox at the University of Queensland is leading this project, and has commenced by looking at a number of sites across Queensland. Whilst the project was originally conceived to understand the cobalt potential of copper mine waste, this remit rapidly expanded to include indium, tungsten, rare earths, gallium and germanium at sites across Queensland. 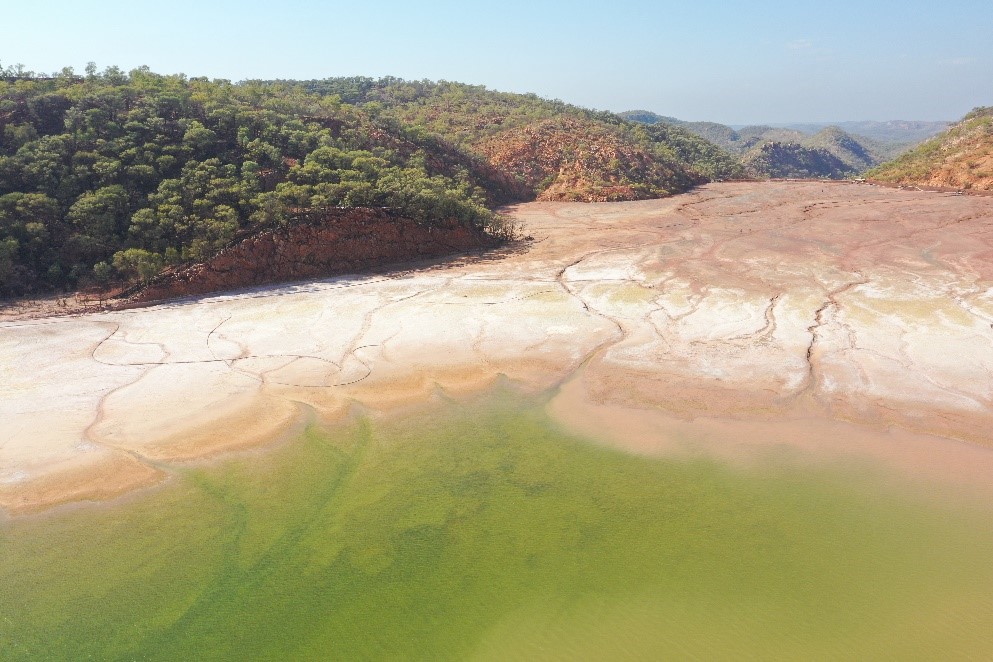 Understanding that many new economy minerals are co-located with more traditional commodities is also an important part of the picture. By developing complementary production streams, leading to greater mine efficiencies, more value can be achieved, at the same time alleviating acid-generating waste and associated environmental liabilities.

The second funding stream of the new economy minerals initiative is focused on supporting exploration for new mineral deposits through pre-competitive data acquisition and research, including new rounds of the Queensland Government’s Collaborative Exploration Initiative (CEI). This calendar year alone, 32 projects have been supported across Queensland in CEI Rounds 3 and 4. The GSQ’s exploration grants program has been re-designed to remove barriers to applicants by providing full funding as a direct grant for projects (rather than traditional co-funding arrangements). CEI also now includes an expanded range of funded activities to include re-analysis of historical core and other samples and machine learning, in addition to traditional exploration activities, such as drilling and geophysical surveys.

One of the points of distinction between this and other more traditional geological survey programs is the inclusion of a dedicated research block to examine processing and extraction of critical minerals, particularly REEs. This is an area of significant cost and uncertainty, which the GSQ believes strongly and adversely affects industry’s appetite to explore for these minerals. If we can help to remove some of that uncertainty, the entire supply chain will benefit. The research team at the University of Queensland will examine the efficacy of phytomining (use of plants for metal extraction) and bioleaching for REEs on a range of different REE ore types.

While other states are leading the charge for Australian REE production and development, Queensland is finding significant previously unrecognised and untapped potential. From REE enrichment in the Cloncurry IOCG deposits (Glencore’s Ernest Henry, Chinova’s SWAN and Mt Elliott) to Paladin’s shelved Valhalla uranium deposit and the abandoned Mary Kathleen mine, REEs are found throughout the North West Minerals Province.

One area of significant, and previously ignored, endowment is that of REEs associated with Queensland’s giant phosphorite deposits. With total identified phosphorite resources exceeding 1500 Mt, potential for co-located REEs is large. GSQ Principal Geologist Dr Matthew Valetich AAusIMM has found that weathered phosphorites in Queensland’s Georgina Basin, in association with significant known phosphorite resources, in some cases contain potentially economic concentrations and volumes of REEs. As the REEs are concentrated in weathered phosphorite, which is generally discarded as waste, extraction of REEs presents a potentially attractive synergy for existing operations.

The ‘Cobalt Capital’ of Australia

The Queensland Minister for Natural Resources, Mines and Energy last year labelled the North West Minerals Province the future ‘Cobalt Capital’ of Australia. Whilst optimistic, there are a number of advanced projects in Queensland for cobalt to justify this claim, such as Sconi and Walford Creek. Sconi includes several lateritic deposits derived from weathering of ultramafic rocks near Townsville. Walford Creek, by comparison, is a sulphide deposit 350 km north-west of Mt Isa. Both these projects are at the stage of looking for finance to commence production. As at June 2019, Sconi boasted an ore reserve of 57 Mt at 0.58 per cent nickel, 0.08 per cent cobalt and 35 g/t scandium.

In the north-west, Walford Creek’s polymetallic mineralisation includes Cu, Pb, Zn and Ag as well as Co. The combined copper mineral resource and peripheral cobalt resource zones give 35.8 Mt at 0.12 per cent cobalt. According to the company (Aeon Metals), this is the highest grade sulphide cobalt resource in Australia.

However, these two projects alone do not warrant the label of ‘Cobalt Capital’ for Queensland. What do we know about cobalt elsewhere and what is the work that government can do to support or promote ongoing exploration?

We know, for instance, that copper in the North West Minerals Province, not just at Walford Creek, often contains associated cobalt. The Mt Isa copper orebodies, for example, can contain up to nine per cent cobalt (in an individual drill core analysis), and cobalt was historically produced from Mt Isa copper ores from 1996 to 2001. Capricorn Copper reported in the media last year that they were developing estimates for cobalt contained in their significant copper deposits located around the old Gunpowder mine site (Industry Queensland, 2019). A number of other private resource estimates exist for Co in north-west Queensland at various sites. One of the GSQ’s project streams, ‘Mine the Core’, seeks to fill in the gaps in our understanding of the copper-cobalt relationship in the region. Not all historical explorers included cobalt in their analytical suites – many of them, in looking for base metals, analysed only for copper, lead, zinc and maybe a couple of other elements. Using representative core from a large number of copper deposits in the north-west, in the Brisbane and Mt Isa core libraries, GSQ is embarking on a program of re-analysis of significant amounts of this core with a full elemental suite, to understand as much as we can about ‘what might have been missed’.

The new economy minerals initiative is in its first year, and has already made significant inroads into establishing critical mineral endowment and synergies with traditional commodities, such as REE enrichment in weathered and uneconomic phosphorite. By better understanding and defining these co-located metals, we will pave the way for more efficient exploration, mining and processing, and feed into the concept of a circular economy where extraction of metals for green technologies also result in greener and more efficient mining.