Humans’ curiosity to travel deeper into space and create a human presence on other planets is growing rapidly and therefore, the necessity for extracting resources from space is becoming more significant.

Extracting valuable minerals has always attracted humans, even when battling extreme environments and excessive risks. There is no doubt that this will continue in the future considering the same needs will need to be met. However, with rapid developments in space technology, the next ‘gold rush’ may be happening off-Earth. Many are attempting to achieve off-Earth mining operations in the near future, with science and engineering developments in recent years suggesting this may happen in the next decade.

As the Director and Deputy Director of the UNSW’s Australian Centre for Space Engineering Research (ACSER), we have been leading off-Earth mining research in Australia, using a unique and arguably world-leading approach of applying mining engineering knowledge and research to space. We established the Off-Earth Mining Forum, which runs bi-annually, in 2013. Professor Saydam is also chairperson of AusIMM’s International Future Mining Conference Series. 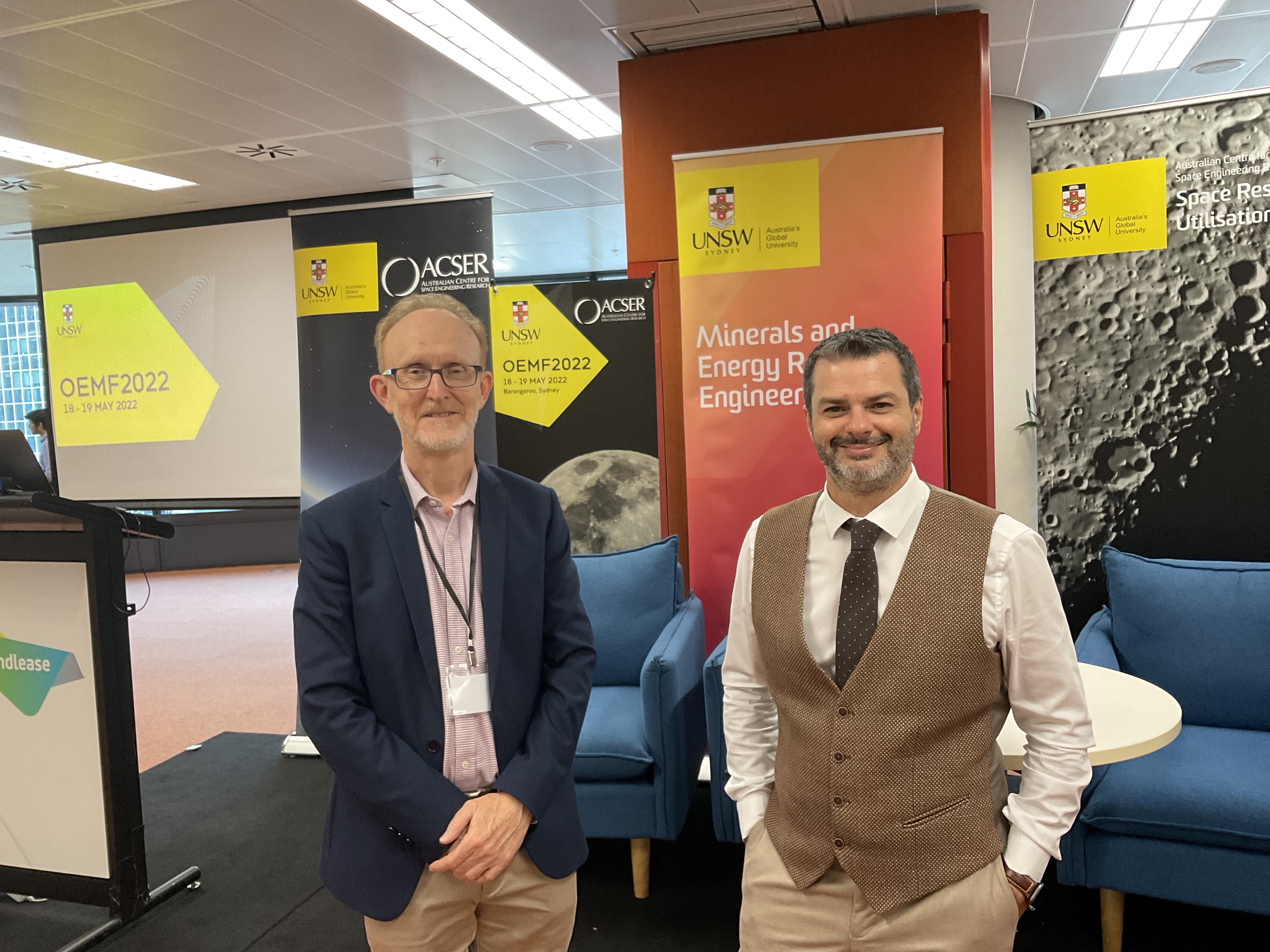 Our main goal is establishing Australia’s leadership in In-Situ Resource Utilisation (ISRU), using space resources in space, and reducing potential risks of off-Earth mining operations. This may simply apply to the use of lunar regolith e.g. for building purposes or extraction of critical minerals, but our motivating example is the extraction of lunar water. Water ice in ‘cold traps’ near the Moon’s poles, converted to oxygen (O2) and hydrogen (H2), can be fuel for deeper space missions. Lunar ice could fuel a daily space shuttle launch for 2,200 years and cost less than transporting it from Earth.

Drivers encouraging off-Earth mining are the wealth of valuable resources that can support our technologically driven society, the passion and demand for discovering new areas, and the potential for developing new technologies and processes to enable these missions to create spin-off technologies for terrestrial operations.

The potential targets for off-Earth mining include the Moon, Mars, Mars’ moons, asteroids and comets, representing the most distant supplies of wealth that humankind has ever thought of recovering. This would also align with the National Aeronautics and Space Administration (NASA)’s ARTEMIS program, which Australia is committed to supporting. The program aims to develop sustainable lunar orbit staging capability and surface exploration to establish a colony on the Moon and then reach Mars. Even though the initial focus by some was extracting valuables from asteroids, the ARTEMIS program changed the focus to the Moon. 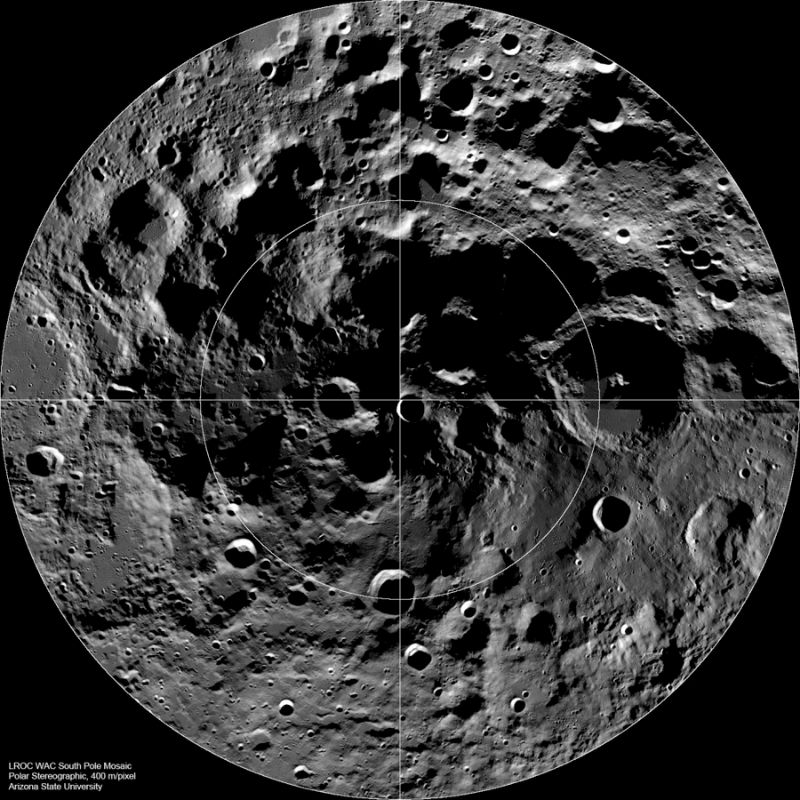 Over the past sixty years, space data and technologies have continually delivered significant improvements to industries and communities on Earth. Today, space technologies enable modern economies to function. 2018 saw the establishment of the Australian Space Agency (ASA), tasked with tripling the size of its space industry by 2030 to AU$10–12B and increasing its share of the global space sector. In 2020, it announced its $150 million Moon to Mars program (M2M), which requires highly skilled professionals to design and operate missions, exploit industry strengths and establish niches, especially in space resources.

Lunar mining projections are few, but lunar water markets are estimated at US$2.4B/year, reaching US$206B by 2050. The Luxembourg Space Agency (LSA) anticipates that “market revenues of €73-170B being generated by the sector from 2018-2045, supporting 845,000 to 1.8 million Full-Time Employees – Years” (Luxembourg Space Agency, 2018). Although these studies are theoretical, with a high degree of uncertainty in commercial returns, all projections indicate a very large market in which Australia is well placed to exploit as an emerging leader in space resources.

Spin-off benefits to the mining industry include the development of technologies and methodologies that will benefit mining in extreme environments to achieve zero-entry mining goals. Because space is a popular topic and mining has public perception issues, the development of a space resources activity is seen as a way to attract people into the mining sector who would currently not consider it but are desperately needed.

Currently, research in off-Earth mining is being conducted by major governmental space agencies such as NASA, the European Space Agency (ESA), the Japan Aerospace Exploration Agency (JAXA), the China National Space Administration (CNSA), the LSA, the Roscosmos State Corporation; as well as private entities and some university-based research centres, i.e. ACSER. The recently established ESRIC (European Space Resources Innovation Centre) in Luxembourg, funded by the LSA and ESA, focuses on supporting the development of new businesses. In addition, the Colorado School of Mines has been quite active in the area of both research and teaching.

UNSW Sydney has also been training high calibre PhD students in this area. In fact, we had two recent PhD graduates from the Mining Engineering Program who are the world’s first space resources engineering PhD graduates. UNSW PhD students have been working in the off-Earth mining area, in particular in mining systems, infrastructure design and modelling, exploration and mining optimisation, virtual reality and digital twins, resource modelling, off-Earth seismic studies, sustainability, law, and finance and economics.

In addition, Professor Saydam recently led the establishment of a new subdiscipline named Planetary Rock Mechanics. He founded an international commission with the same name at the International Society of Rock Engineering and Rock Mechanics. The first official activity of the Commission will be a workshop at the AusIMM’s AusRock 2022 Conference, which will be held 29 Nov-1 Dec in Melbourne, co-chaired by Professor Saydam.

Most interested parties agree that the most valuable commodity in space is water at this stage. As space lacks water, the first off-Earth mining operation will probably be extracting water from the Moon as rocket fuel to sustain life in space. The Moon is rich in resources, and it is estimated there are more than 6B tonnes of water on the Moon. The non-existence of a market in space is stopping potential research activities. However, the United Launch Alliance (ULA) announced that they would be purchasing fuel (H, O) for US$3,500/kg in Low Earth Orbit and for US$500/kg on the Moon. This would undoubtedly increase the interest in potential business investments and research opportunities. However, the recent developments at SpaceX, potentially building the Starship, would change the focus somewhat. The Starship is a cargo ship that can carry 100 metric tonnes. If this is built, it may reduce the launch cost significantly from $20,000/kg to $100/kg, and in this case, the need for ISRU would be questioned and consequently, mined water may have significantly less value. This development would not be the end of mining on the Moon, as the focus would simply move towards other valuables such as Helium-3. Due to the high transport cost (from space to Earth), the ‘return’ option might be feasible. This would be a significant step-change for creating a market in space.

We also need to consider the development challenges of potential off-Earth mining operations. Firstly, geological uncertainty is paramount since we lack sampling. Infrastructure and technology requirements, entitlement issues, social acceptance/licence and ethics and project financing and economics must also be considered.

Humanity is collaboratively working towards reaching sustainable development goals, which are concentrating on being sensitive to the environment and reducing social and economic inequalities. Sustainable off-Earth mining practices are those actions by companies or agencies that meet the responsibility to operate with recognition and respect for affected communities, minimise their environmental footprint, be a reasonable partner and share the economic benefits of development with all. Therefore, it is imperative to explore the possible effects of off-Earth mining on both the Earth and celestial bodies where the operations will be established. The following topics are high-level sustainability considerations in an off-Earth mining context: environmental, socio-economic, economic, operational, and governance. Addressing and exploring these topics would also lead to achieving ethical mining in space.

Both mining and space industries work in extreme environmental conditions and have high risks and uncertainties. Therefore, collaboration is a must between research institutions, governments and industries. There are also some common benefits for both industries. For the mining industry, the adaptation of systems engineering and the implementation of information and communication technology, as well as autonomous systems and robotics technologies. For the space industry, the benefits are operational experience, production efficiency, commodity valuation and creating a market, areas where the mining industry has quite a bit of experience and success.

The uncertainties and challenges are substantial and essential to overcome if we are to develop the required knowledge. Mining knowledge will be crucial to successfully attain mining operations beyond Earth, and engineers will require combined and/or new skills. Mining engineering programs will need to adapt to this change by adding relevant topics to their curriculum. To this end, UNSW’s Mining Engineering Postgraduate Program will be offering a new course named Space Resources Engineering in 2023.