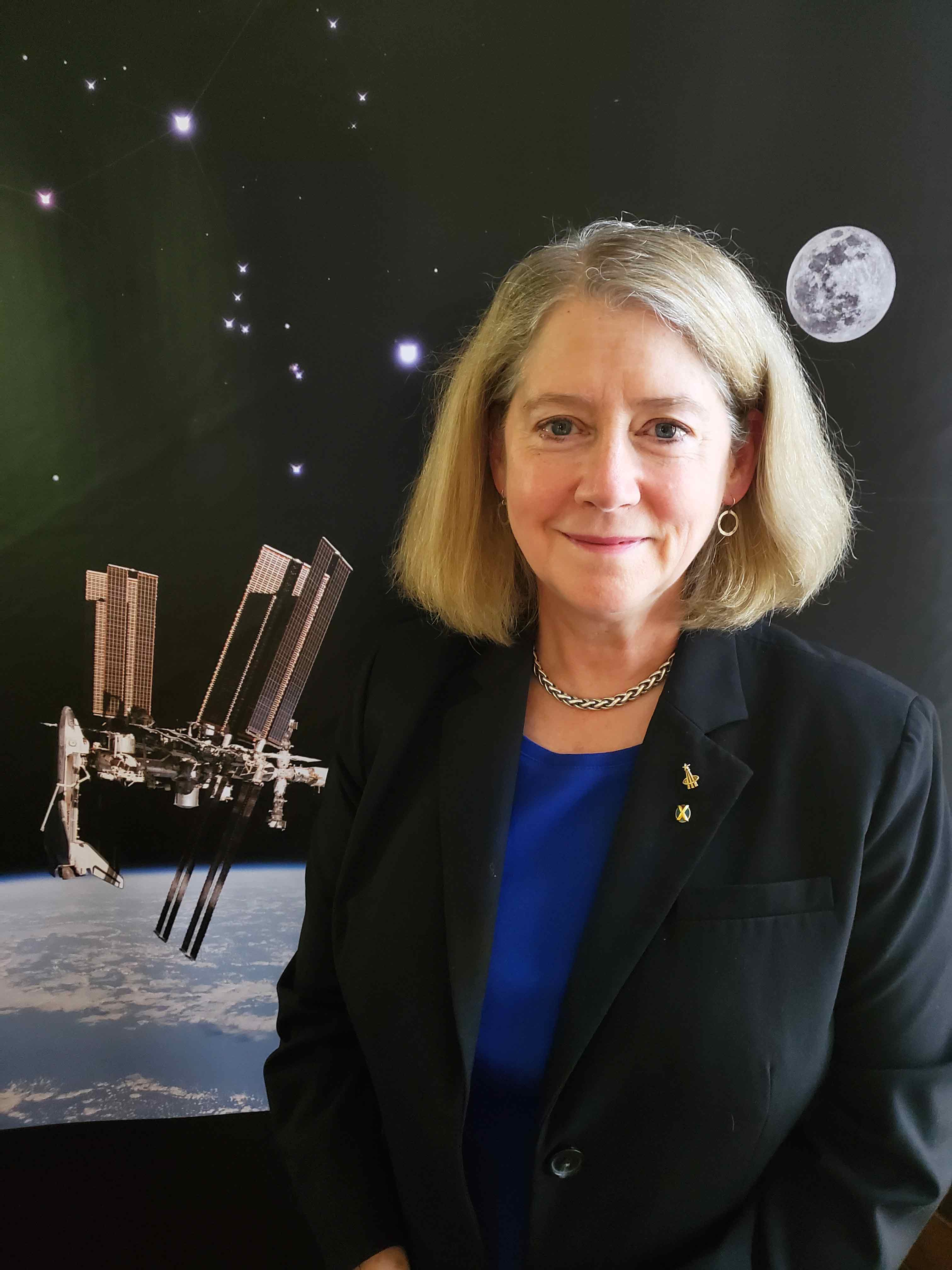 Pam Melroy is an aerospace executive with government and industry experience across civil, commercial, and national security space. She is a retired US Air Force test pilot and former NASA astronaut and Space Shuttle commander. She is an advisor to the National Space Council in the US.

Colonel Melroy received a Bachelor’s degree in Physics and Astronomy from Wellesley College and a Master of Science degree in Earth and Planetary Sciences from the Massachusetts Institute of Technology. She was commissioned in the United States Air Force and served as a KC-10 copilot, aircraft commander, and instructor pilot. Melroy is a veteran of Operation Just Cause and Operation Desert Shield/Desert Storm, with over 200 combat and combat support hours. She went on to attend the Air Force Test Pilot School at Edwards Air Force Base, California. Upon her graduation, she was assigned to the C-17 Combined Test Force, where she served as a test pilot until her selection for the Astronaut Program. She has logged more than 6,000 hours flight time in more than 50 different aircraft.

Colonel Melroy retired from the Air Force in 2007, and left NASA in August 2009.  After NASA, she served as Deputy Program manager for the Lockheed Martin Orion Space Exploration Initiatives program and as Director of Field Operations and acting Deputy Associate Administrator for Commercial Space Transportation at the Federal Aviation Administration. She went on to serve as Deputy Director, Tactical Technology Office at the Defense Advanced Research Projects Agency (DARPA) where she executed a large air and space technology development portfolio. Colonel Melroy is now an independent consultant in the US, and Director of Space Technology and Policy at Nova Systems, Pty, in Australia.