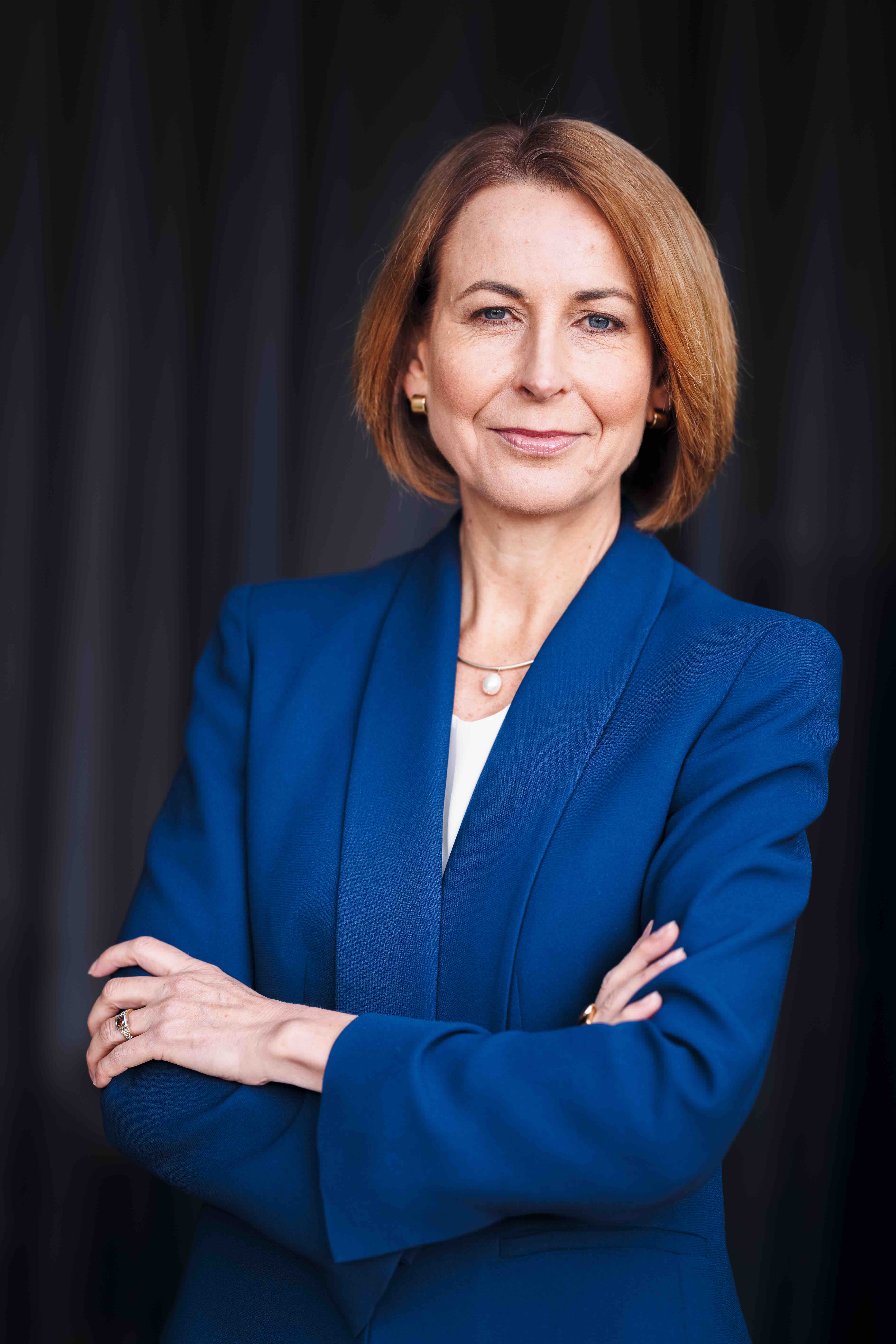 Virginia Haussegger AM is an award-winning journalist and gender equity advocate. Her extensive media career spans 30 years, in which Virginia has reported around the globe for primetime current affair programs on Channel 7, the 9 Network, and ABC TV. She anchored the ABC’s flagship TV News in Canberra from 2001-2016.

In 2017 Virginia established the 50/50 by 2030 Foundation, at the University of Canberra, where she is an Adjunct Professor, and served as the Foundation’s founding Director and Chair, until 2021. She currently hosts BroadTalk, a podcast about Women, Power & Leadership, and writes regular commentary across Australian news media.

As Guest Curator of the exhibition, Australian Women Changemakers, at the Museum of Australian Democracy (MoAD), Virginia has collated an historic list of Australia’s most outstanding contemporary women changemakers who have helped shift cultural, political and policy dials across the nation. Her new BroadTalk podcast series, ‘The Changemakers’ (June-August 2022) examines the personal and professional lives, challenges, and inspirations of a diverse group of Australian women who are fearless in the face of change.

In 2014 Virginia was appointed a Member of the Order of Australia (AM), She is the 2019 ACT Australian of the Year.

Widely recognised as a leading communication and media strategist, Virginia regularly hosts a broad range of public forums, conferences and panel discussions, covering diverse fields of knowledge spanning academic, public and private sectors. She has worked across Commonwealth departments on the design and delivery of bespoke communication and presentation masterclasses.

Following a self-funded research trip to Afghanistan, and post-graduate studies in Women, Peace and Security, Virginia has led various fund-raising activities to support Afghan based NGO’s and women’s education programs.

Virginia is Patron of the Canberra Rape Crisis Centre. She has served on a number of boards and committees including: UN Women Australia; The Rhodes Scholarship Australia at Large Selection Committee; the Snowy Hydro SouthCare Trust; Our Watch, Media Advisory Committee; Women in Media, Canberra; and served six years as a Director on the ACT Government’s Cultural Facilities Corporation. In 2019 she was appointed an ANZSOG Fellow.