In October 2022 the AusIMM Student Chapter from The University of Western Australia hosted the National Mining Games in Perth.

The National Mining Games is the biggest event of the year for Australian mining industry students. It is a commemoration of the lives that were lost on May 2nd, 1972, when a fire broke out in the Sunshine Mine in Idaho, USA. At the time, 178 miners were working in the mine, 91 died in the disaster. The tragedy was the country's worst mining catastrophe since 1917. The games were started in 1978 and Australia continued this tradition.

Now the National Mining Games continues to remind students in Australia of the history of mining.

The Ballarat AusIMM Student Chapter put on their PPE and left a mild 14C Ballarat spring and flew across Australia to a very warm 29C Perth to compete in the 2022 AusIMM Mining Games which was held at the University of Western Australia. This event is comprised of ‘Old Mining Techniques' used to battle in games to see who’s the toughest and bravest mining team. The event was held over two days from the 30th of September to the 1st of October 2022. The events games comprised of Hand steel, Blast tie face, Swede saw, Rock ID, Surveying, Track Stand, Gold panning and Mucking.

The AusIMM Mining Games is a good opportunity for its student members to enhance their understanding of the industry, providing personal and professional development, workshops on career planning and leadership, insight into industry expectations and requirements, networking, and many social events. The competition next year will be held in Kalgoorlie. Hopefully, we can go one better with some pre-games muscle conditioning. Now a brief description of each individual event.

The Mucking event was fast paced, with 3 people on shovelling and two levellers on the cart. It started with an empty cart run up and back on the tracks by Dylan Watson and Peter Sims. Jed McGaffin and Joel Calabro started heaving in the dirt from the pile to filled up the mining cart, after some time the shovel was passed on to Indianna Thorn who continued until the cart was finally filled, at this time we all pushed the cart down the track sliding trying to stop it before it smashed into the tyre attached to retaining concrete and then back up for a finishing slide and stop. Great effort from the whole team on this event as we got a well-earned time of 3:57s. 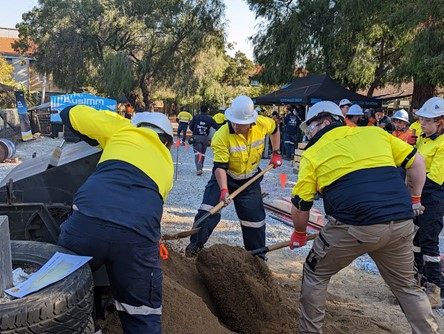 The Rock ID event was a well-deserved, slow-paced event in a tent which blocked out the Perth heat. 5 team members were selected to take part in this challenging event. 15 random minerals and rocks were presented, the team had the use of a hand lens to try and identify them. We got a total of 8 rocks which is a great effort. 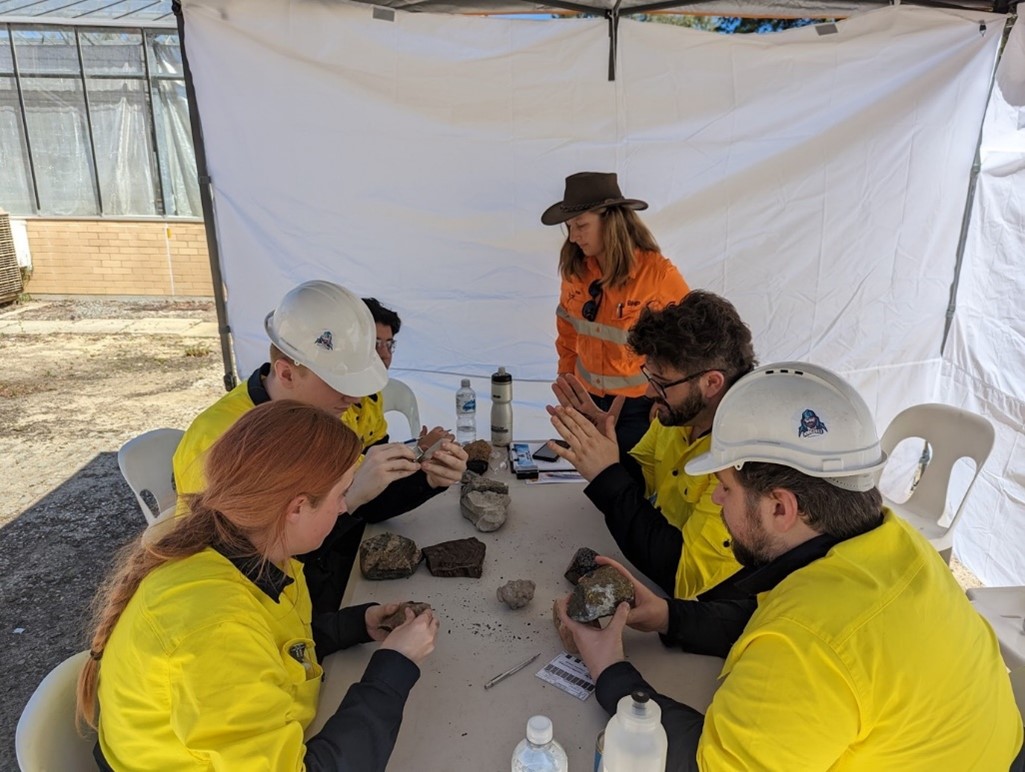 Setting up a blast face is always a challenging process, but the team made short work of it. Jed McGaffin and Daniel Ferguson were on the blast face connecting all the detonators. With the rest of the team supporting them. Finished with a score of 84. 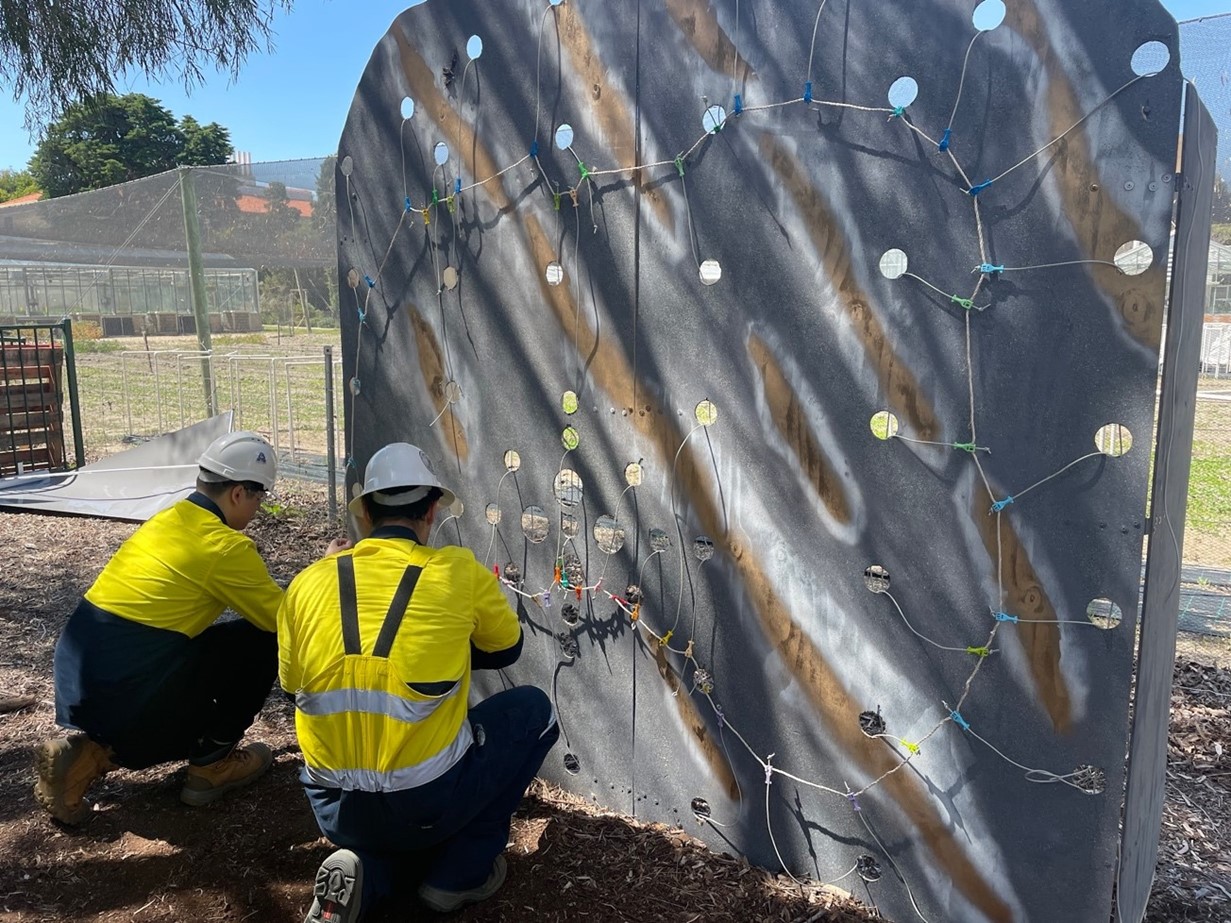 Another tough event in the hot Perth sun. out there for 21 minutes spiking and joining rail tracks. A great effort from Dylan Watson, Peter Sims, Jed McGaffin, Joel Calabro and Daniel Ferguson. This event was fun and frustrating at the same time. Though for next time we will know not to spike them at 45 degrees. That made it very difficult to teared down. 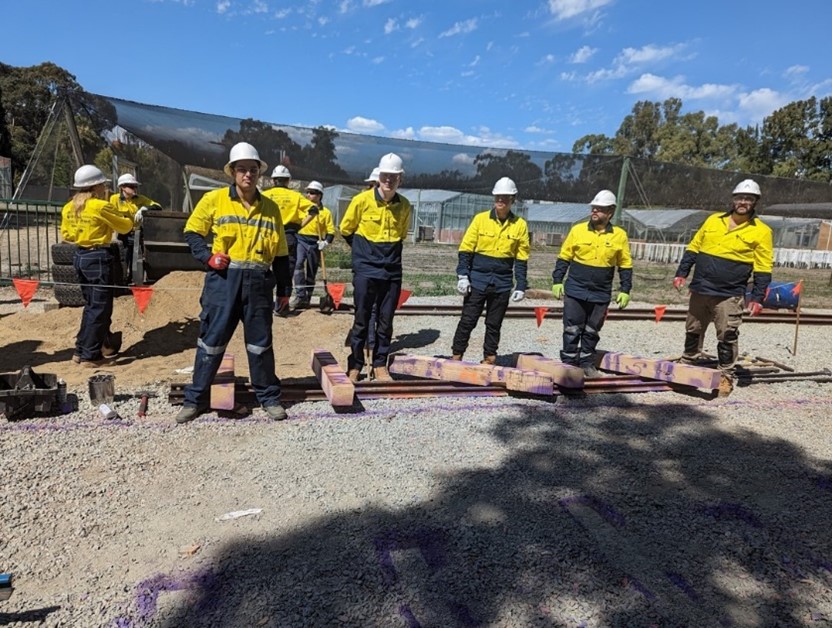 This event was not for the faint hearted, the hand chisel seemed light at first but each team member had to drive it into the concrete block for 2 minutes. All the team gave there best and after the total ten minutes we had drilled the chisel into the wood 10.2 cm.

Swede saw was also another fast-paced event where each of the 5 competitors had to cut through a rather thick slab of wood as fast possible whilst also following the guidelines and soaking up the hot Perth Sun. Competitors included Dylan, Jed, Indianna, Daniel and Joel who all gave it their all to get a combined time of 290 seconds. Not bad with no training and fatigued from the past several days. A special mention to Dylan who started the team off with a very stunning 17 second cut to lift our spirits. 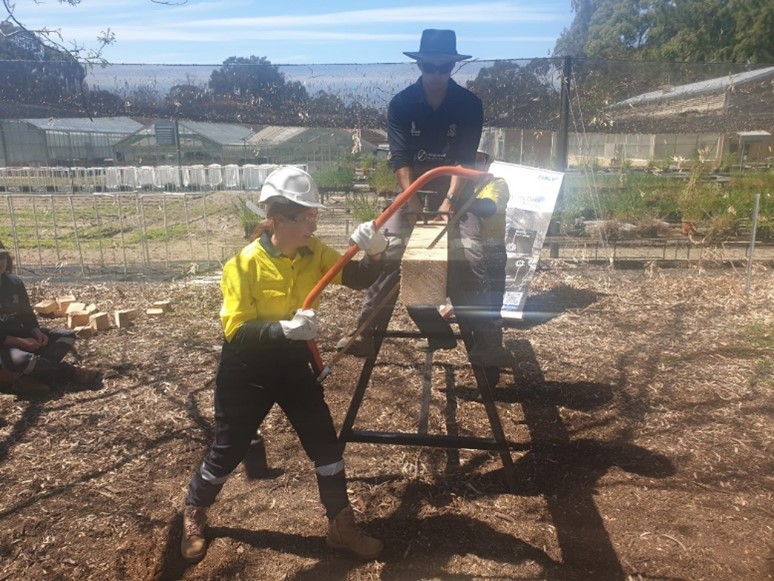 Gold panning was another favourite for the Ballarat team. This was a great way to cool down in the shade and pan out the squashed lead shots. We all did very well with times averaging around the 1-minute mark. With Captain Joel Calabro getting a superb time of 30 seconds. 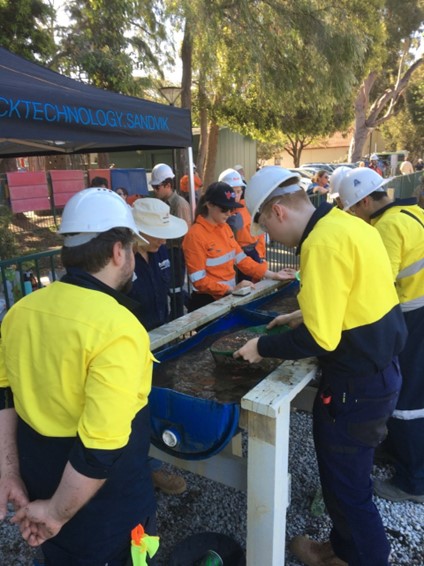 What a beautiful sign off for the 2022 Mining games, The black-tie event at Crown Perth. It was a great place to unwind, celebrate and commiserate all that the games had bestowed on us. 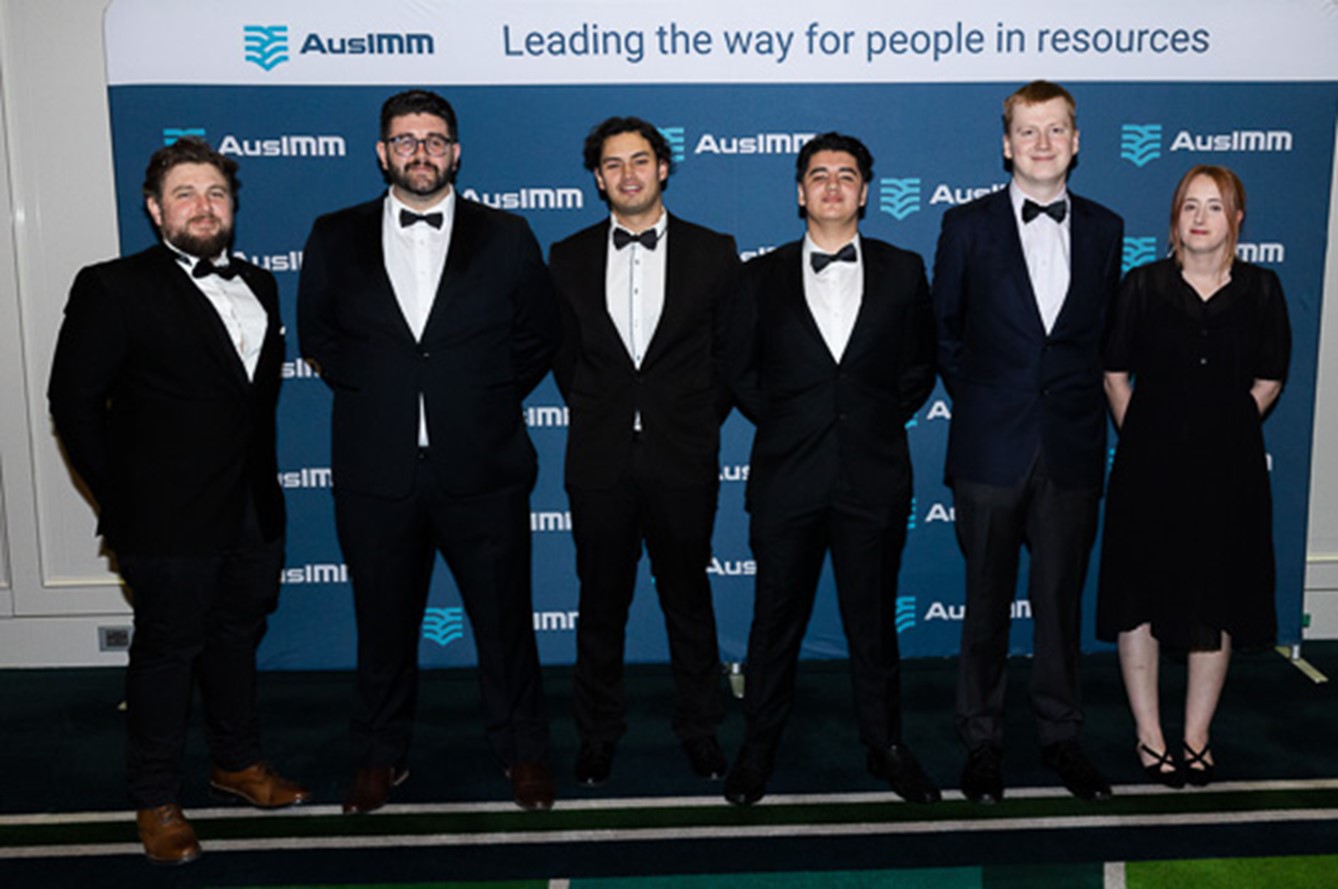 The AusIMM Ballarat Student Chapter would like to thank all the major sponsors for the event: AusIMM, BHP, Orica, Sandvik, Rio Tinto, MapTek and would like to especially thank the Central Victorian Branch of AusIMM for their generous funding.