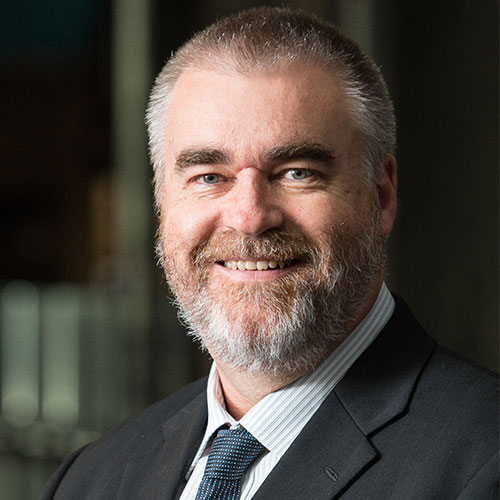 Chris is a mining engineer with over 30 years’ experience in mining operations and management with both site-based and FIFO roles.  He holds an MBA from APESMA/Deakin University, an MSc in Mineral economics from Curtin University, and is a Graduate of the AICD.  He has been an active member and passionate supporter of the AusIMM having joined in 1984, and brings competence in strategy, governance, ethics, operations and regional perspectives to the AusIMM Board.

Chris previously served as AusIMM Director from 2007-12, and as chair of the Board of Professional Engineers Qld 2013-2014. He has contributed to AusIMM’s financial stability via his involvement on the Investment Committee as Chair since 2007, and professional standards through membership of the Chartered Professional (CP) Board from 2009-17 (including Chair 2012-15, Project Manager for the CP program in 2017 and on the Advisory Taskforce). He has also served on various other conference committees, the 2015 EEF Field Trip, the Mining Society and NW Qld Branch Committee.

Chris is passionate about professional development and standards, the future of the industry, and is an active supporter of students and new professionals. Chris is excited about the future of mining and AusIMM’s changing role as the world moves further into the technology age and enjoys the opportunity to give more back through membership of the AusIMM Board.